IOM
A quick smile from one of the 183 refugees resettled, originating in Sudan and the Central African Republic, prepares for his new life in France.

After years of shifting policies and heated debate, UNHCR said that the ambitious but achievable recommendations would provide a common and workable asylum system within the EU through sustainable reform and revitalized financial support for host countries.

“As we enter a new decade, and following the success of the Global Refugee Forum, the EU under its presidencies has the chance to make 2020 the year of change for robust refugee protection,” said Gonzalo Vargas Llosa, UNHCR’s Regional Representative.

Referring to the last decade as “one of displacement”, Mr. Llosa added that the new one needed to be “one of solutions, starting right now in 2020”.

“By supporting large refugee hosting countries outside Europe, the EU can also help refugees thrive and not just survive”, Mr. Llosa concluded, highlighting the strengths of the new Pact on Migration and Asylum.

The UNHCR document highlights two overarching opportunities to show leadership while better protecting refugees in Europe and abroad, namely moving ahead with sustainable asylum reform; and providing more support for the countries taking in refugees.

🔹A truly common + workable asylum system inside the EU🔹 Revitalized financial support for countries hosting forcibly displaced people outside the EUHere are some ways the EU can make the new year more robust for refugee protection. https://t.co/vHuyFLqVwV

The agency proposal says that “fair and fast asylum procedures need to be established to quickly determine who needs international protection and who does not.”

UNHCR also recommends that, with EU Member States receiving a disproportionate number of asylum claims, there is a need to ensure a truly common and workable asylum system. The agency encourages both countries, which will serve six months each in the presidency, to advance work on an effective solidarity mechanism, including through relocation arrangements, prioritizing family unity.

With 85 percent of the world’s refugees hosted in neighbouring and developing countries, revitalized financial support is also needed. UNHCR called on the presidencies to ensure increased and diversified funding, including for development cooperation funding, to further support host countries and help forcibly displaced people rebuild their lives.

Refugee resettlement numbers yet to recover amid pandemic 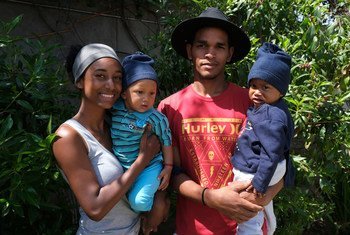 As “policies shaped more by fear than fact” have caused untold suffering to migrants, the UN Secretary-General is urging countries to realize the goals of a global agreement that promotes enhanced international cooperation on migration. 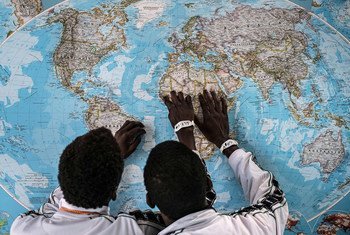