© UNHCR/Mark Henley
The Global Refugee Forum is getting underway in Geneva, Switzerland. 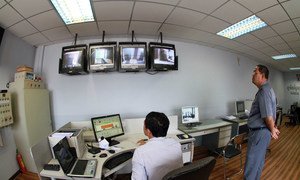 As we enter the Decade of Action to deliver the Sustainable Development Goals (SDGs), the world must “unite against corruption” to stop precious resources from being drained by illicit financial flows, an international conference on the issue heard on Monday in Abu Dhabi.

“You meet at a critical moment”, said Yury Fedotov, Executive Director of the UN Office on Drugs and Crime (UNODC), on behalf of Secretary-General António Guterres, addressing the UN Convention Against Corruption in the capital of the United Arab Emirates. 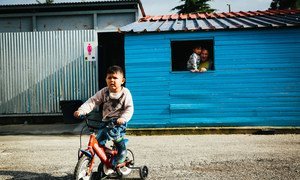 Heads of state, business leaders, development organizations and civil society representatives are this week joining with the UN to transform the way the world responds to refugee situations. The first-ever Global Refugee Forum opened on Monday in Geneva and comes as the world emerges from what the UN High Commissioner for Refugees has described as “a decade of displacement.”

Overall, more than 70 million people worldwide have been displaced by war, conflict and persecution. More than 25 million are refugees, meaning they have fled across international borders and cannot return home.

Here’s more on this story. 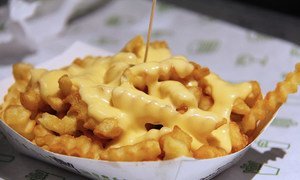 With one in three low and middle-income countries facing the two extremes of malnutrition – undernutrition and obesity – the UN’s health agency WHO, is calling for a new approach to deal with rapidly changing food systems.

A new report, published in the British medical science publication The Lancet on Monday, suggests that, globally, almost 2.3 billion children and adults are overweight, and more than 150 million children are stunted, and warns that undernutrition and obesity can lead to effects across generations. 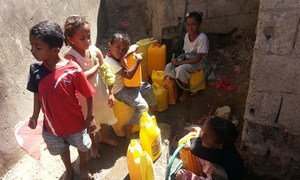 Although a “massive expansion” of food assistance in Yemen this year has helped alleviate the worst suffering, more than 11 million people there are still struggling to get enough to eat.

That’s according to the World Food Programme (WFP) which this year scaled up its operations in the war-torn country by 50 per cent.

WFP reported that it now reaches 12 million Yemenis each month, up from eight million at the beginning of the year. 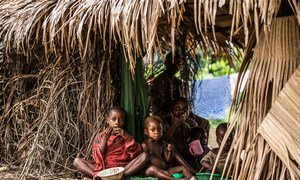 Ending global hunger will require a scale-up in initiatives focused on youth and which harness their full potential, a senior UN official has said.

Qu Dongyu, Director-General of the Food and Agriculture Organization (FAO) was speaking at the World Youth Forum in Sharm El-Sheikh, Egypt, which ended on Sunday.

Mr. Qu was on a panel discussing food security in Africa where he highlighted challenges facing youth on the continent, and in the Middle East, such as rising hunger and malnutrition, lack of jobs, and the impact of climate change.

Listen to or download our audio News in Brief for 16 December on SoundCloud: