UN Photo/Sylvain Liechti
A United Nations peacekeeper greets local people as he patrols Beni in the eastern Democratic Republic of the Congo.
25 November 2019
Peace and Security

The head of the UN peacekeeping mission in the Democratic Republic of the Congo (DRC) has met with national authorities in the wake of an attack against its headquarters in Beni on Monday, which left the building badly damaged.

An angry crowd set fire to the UN office and the town hall in the eastern city to protest failure by Government troops and peacekeepers in preventing a deadly weekend attack by the Allied Democratic Forces (ADF) rebel group, according to media reports.

#DRC - At the invitation of the Government, the Special Representative of the Secretary-General in the #Democratic Republic of the #Congo, Leila #Zerrougui, attended today a National Security Council chaired by President Felix #Tshisekedi, with ministers and military leaders.

As protests continue, staff at the UN mission, which is known by the French acronym MONUSCO, have been redeployed to other areas for their safety.

“She stressed that she understood the people’s anger and frustration of the population after further deadly attacks by the ADF”, a large locally-based rebel group which originated in neighbouring Uganda. “The Mission will work closely with the authorities to jointly find solutions for the people of Beni”, he said.

According to news reports, protesters were angry that UN and Government soldiers had failed to prevent an attack by extremist militia.

MONUSCO is also concerned about the dissemination of misinformation as well as calls for violence that have been seen on social media.

Mr. Dujarric said the Mission was calling on political, religious and media leaders to support a return to calm “which is necessary both to fight the ADF and to continue the response to Ebola.”

Beni is a key base for the UN and DRC Government efforts to tackle the more than year-long Ebola outbreak in the eastern region, which has seen more than 2,000 deaths since August 2018.

Around 16,000 blue helmets serve with MONUSCO.

There are 557 UN peacekeepers from Malawi in Beni, together with a Formed Police Unit from India with around 150 officers, while 150 Tanzanian peacekeepers are stationed at the airport there.

♦ Receive daily updates directly in your inbox - Subscribe here to a topic.
♦ Download the UN News app for your iOS or Android devices.
the Democratic Republic of the Congo|Ebola Response|Eastern DRC 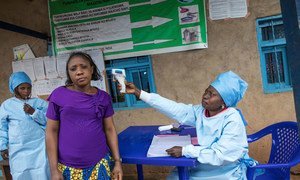 Amid multiple deadly attacks on civilians by armed groups in the eastern Democratic Republic of the Congo (DRC), an Ebola death “unlinked to any chain of transmission” risks reversing major gains against the epidemic, which is now down to just a handful of cases, a top UN medic said on Friday. 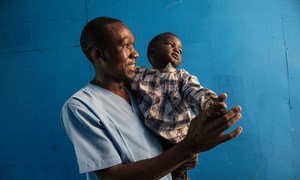