WFP/Marwa Awad
A mother and her baby at the IDP Pissila campsite in Burkina Faso.

Warning of an impending humanitarian crisis, the World Food Programme (WFP) on Tuesday said that if nothing is done to tackle hunger in the region, a whole generation could be at risk.

Food can contribute to a stable, more sustainable #Sahel.Millions across Burkina Faso, Mali and Niger face hunger and malnutrition. WFP is providing immediate food assistance to those caught up in the crisis and building community resilience for a hunger-free future. #SahelNow pic.twitter.com/5J5EBL5543

A third of Burkina Faso now a conflict zone

Burkina Faso is worst hit, with one-third of the country now a conflict zone.

On Monday, just over the border in eastern Mali, more than 20 soldiers were killed in an attack on their patrol by militants, the latest in a series of deadly attacks linked to extremists who have exploited ethnic tensions and poor infrastructure.

According to Government data, nearly half a million people have been displaced in Burkina Faso in less than a year, but that figure is likely to reach 650,000 before the end of 2019.

“A dramatic human crisis is unfolding in Burkina Faso that has disrupted the lives of millions. Close to half a million people have been forced from their homes and a third of the country is now a conflict zone,” said WFP’s Executive Director, David Beasley. “Our teams on the ground are seeing malnutrition levels pushed well past emergency thresholds – this means young children and new mothers are on the brink. If the world is serious about saving lives, the time to act is now.”

Civilians fleeing, leaving everything behind

David Bulman, WFP Country Director in Burkina Faso, said with extremists moving freely across borders, it was now a “three-country crisis” leading civilians to flee. “And for those populations that don’t particularly notice the border, they just see their safest route away from insecurity and they take it…When they’re displaced it means that they basically leave everything behind, and most of them are doing farming and some animal raising so they are really very dependent.“

While WFP has helped some 2.6 million people with food and nutrition assistance in the three Sahel countries, it has warned that in some areas, severe acute malnutrition is skyrocketing and affecting “thousands” of children, Mr. Bulman said.

Among those displaced in Burkina Faso, levels of severe acute malnutrition are more than three times the emergency threshold of two per cent of the population, at 7.8 per cent, he explained.

For general acute malnutrition, the highest level registered by WFP was 19.7 per cent, exceeding the 15 per cent emergency threshold. 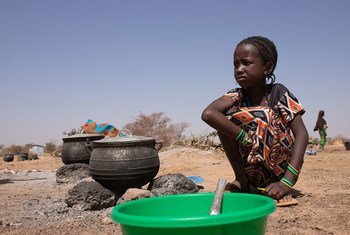 Authorities in Burkina Faso must “do everything in their power” to bring to justice the perpetrators of an attack on a mining company convoy in the West African nation on Wednesday, which killed dozens and left scores more injured, the UN chief said on Thursday. 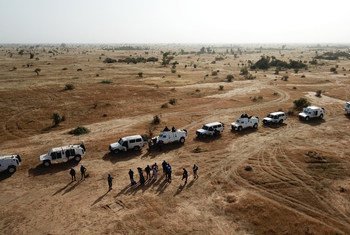