© WSSCC/Jason Florio
As the population in Nigeria increases, efforts are underway to ensure that open defecation does not increase.

Ending the practice of defecating in the open, rather than in a toilet, will have “transformational benefits” for some of the world’s most vulnerable people, says the UN’s partner sanitation body, the WSSCC (Water Supply and Sanitation Collaborative Council).

Ahead of World Toilet Day, which is marked annually on 19 November, WSSCC’s acting Executive Director, Sue Coates, has been speaking to UN News about how to end open defecation.

What is open defecation and where is it mostly practiced?

Open defecation is when people defecate in the open – for example, in fields, forests, bushes, lakes and rivers – rather than using a toilet. Globally, the practice is decreasing steadily, however its elimination by 2030, one of the targets of the Sustainable Development Goals (SDGs) requires a substantial acceleration in toilet use particularly in Central and Southern Asia, Eastern and Southeast Asia and Sub-Saharan Africa.

UN agencies report that of the 673 million people practicing open defecation, 91 per cent live in rural areas. An increase in population in countries including Nigeria, Tanzania, Madagascar and Niger, but also in some Oceania states, is leading to localized growth in open defecation.

Why is open defecation such a serious problem?

According to the UN Children’s Fund (UNICEF), one gram of faeces can contain 10 million viruses, one million bacteria and one thousand parasite cysts. Poor sanitation and hygiene practices (for example, not handwashing with soap after defecation and before eating) contribute to over 800,000 deaths from diarrhoea annually, according to the World Health Organization (WHO): that’s more people than who die from malaria.

Why has it been so difficult to stop it?

Open defecation has been practiced for centuries; it is an ingrained cultural norm in some societies. Stopping it requires a sustained shift in the behaviour of whole communities so that a new norm, toilet use by all, is created and accepted. Ending open defecation requires an ongoing investment in the construction, maintenance and use of latrines, and other basic services.

How are people’s lives improved once they have a toilet to use? 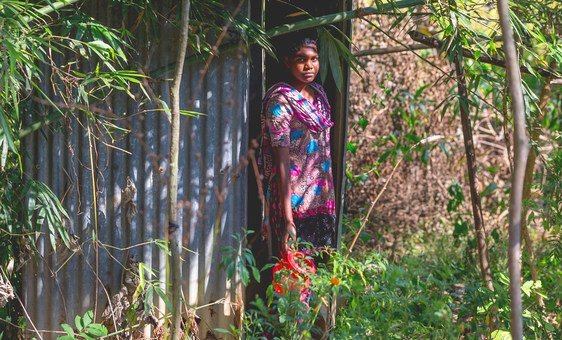 In Bangladesh, latrines provide women and girls privacy when they are menstruating. © WSSCC/Pierre Virot

On a day-to-day basis, the ability to use a toilet – at home and work, and in public places such as schools, health centres and markets – is a basic human right. Sanitation has transformational benefits supporting aspects of quality of life, equity and dignity for all people.

To what extent is sanitation a central part of overall development?

A lack of at least basic sanitation and hygiene services, including a lack of informed choice about menstrual health and hygiene, is a violation of the human rights to water and sanitation, as well as the rights to health, work, adequate standard of living, non-discrimination, human dignity, protection, information, and participation.

WHO and UNICEF report that in 2016, 21 per cent of healthcare facilities globally had no sanitation service, directly impacting more than 1.5 billion people, and over 620 million children worldwide lacked basic sanitation services at their school.

WHO estimates that every $1 invested in water and toilets returns an average of US $4 in saved medical costs, averted deaths and increased productivity. Hygiene promotion is also ranked as one of the most cost-effective public health interventions. Conversely, a lack of sanitation holds back economic growth.

How is the UN contributing to ending open defecation?

Member States and UN agencies are committed to ending open defecation and have urged the provision of financial resources, capacity-building and technology transfer to help developing countries, to provide safe, clean, accessible and affordable drinking water and sanitation for all.

Sustainable Development Goal 6 (SDG 6), on clean water and sanitation, requires access to adequate and equitable sanitation and hygiene for all, and an end to open defecation, with special attention paid to the needs of women and girls, and those in vulnerable situations.

Increasingly, governments and their UN agency partners have roadmaps to tackle the issue, and WSSCC has been providing grants for community-based solutions for a decade. However, the SDG target is not on track.

The UN and Sanitation

It’s estimated that the global annual cost for providing even basic sanitation services is   $19.5 billion, but right now not enough funding is forthcoming. The UN Sustainable Development Goals Report in 2019 warns that while progress is being made in many SDG areas, the collective global response is not enough, leaving the most vulnerable people and countries to suffer the most. 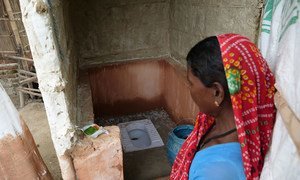