UN Member States agreed seven decades ago to a set of inalienable rights to ensure the dignity of everyone. On Friday, the newly-installed General Assembly President recalled their collective responsibility through the Human Rights Council to “actualize that shared vision for a better world.”

Based in Geneva, the Human Rights Council is a 47-member UN body tasked with promoting and protecting human rights globally, with countries elected to serve by the Assembly in New York.

“Let us not forget: a just world is a safe world”, Assembly President Tijjani Muhammad-Bande stressed before the Council’s annual report was formally delivered, adding that “we can only ensure peace and development if human rights are upheld”.

#UNGA "One of the greatest assets of the Council is, it provides a unique space to hear views, which are often drowned out elsewhere &amp; issues that other organizations do not or cannot discuss due to a lack of political will." President of the #HRC, Amb. Coly Seck.#humanrights https://t.co/NOhi3uVZrP

Encouraging everyone to view the SDG’s “through a human rights lens”, he drew attention to education, one of his key priorities, linking SDG 4 to articles in the Convention on the Rights of the Child, the International Covenant on Economic, Social, and Cultural Rights, and the seminal Universal Declaration of Human Rights.

Yet, Mr. Muhammad-Bande noted that “despite being anchored in these texts”, there is much to do to reach the SDG 4 targets on quality education and lifelong learning and urged for “a rights-based approach towards implementation”.

To achieve all 17 Goals, he maintained, “we must ensure that all stakeholders are included…so that we leave no one behind” and made “inclusion a priority for the session”.

Citing the displaced, people with disabilities and indigenous persons, among others, he spelled out: “We will not have a UN that excludes”.

“In 2019, this is simply a no-brainer: the rights of women, everywhere, must be upheld”, he underscored.

Recalling that 20 November will mark the 30th anniversary of the Convention on the Rights of the Child, he stated, “the notion that ‘children are people, too’, serves as a reminder to us all that the rights of children everywhere must be upheld so that children do not just survive, but also to thrive”.

“The Report of the Human Rights Council aligns not only with the aforementioned priorities of education and inclusion, but to all of the priorities I have set for the seventy-fourth session, including: peace and security through conflict prevention; poverty eradication and zero hunger; and climate action” the PGA flagged.

He said that most of the violent conflicts today have “had their origins in violations of, or disregard for, human rights”, pressing that it is “incumbent upon each Member State…to uphold equal dignity and human rights for everyone, everywhere”.

“There is no alternative to protecting the rights of the people we serve”, he concluded.

‘Even greater responsibility’ of members

For his part, Human Rights Council President Coly Seck presented an overview of the themes the Council had prioritized and underscored the important role of each country.

“By becoming a member of the Council, these States have an even greater responsibility to achieve their objectives in the promotion and respect of human rights”, he asserted.

He also noted the “high degree of harmonization and mutual respect” between “the two processes in Geneva and New York” and urged for continued “coordination and cooperation” for the protection of human rights. 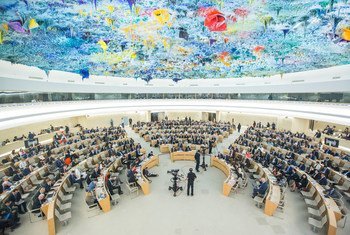 14 new members were elected to the Human Rights Council on Thursday, following a secret ballot held in the General Assembly Hall in New York. 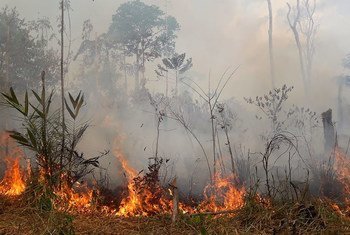