©WSSCC/Charles Dickson
Sunaina borrowed the money to build a toilet in her village in Nepal. 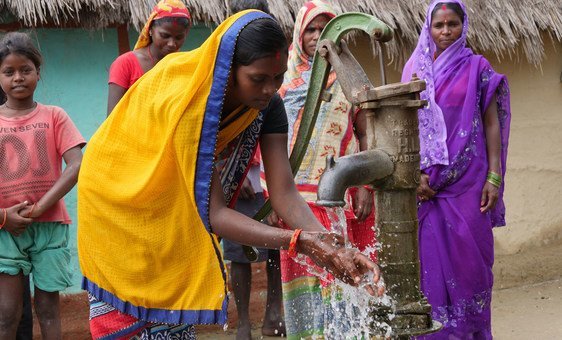 The campaign to end open defecation also raised awareness about the benefits of hand-washing. © WSSCC/Charles Dickson

In this under-developed area, quality sanitation has been lacking in the past. “Previously, the people did not have toilets, they did not see the necessity of having a proper place to defecate,” says Raju Prajad Sah, the local Chief Administrative Officer.

He describes how open defecation has been a longstanding and accepted practice. The pond across the road where the villagers raise fish and water animals was often contaminated.

Mr. Sah recalls that episodes of diarrhea and other infections caused by open defecation and a lack of handwashing were common in Majhi. “Especially vulnerable are the young, the old, and anyone compromised by factors from disability to mental illness, or even just the misfortune of living alone”, he said.

Children are the most susceptible. According to the Ministry of Water Supply, over recent decades, from seven to ten thousand Nepali children died each year from diarrhea and other related illnesses.

However, a few months ago, a nation-wide effort to motivate every Nepali household to stop open defection and use a toilet came to Majhi. Spearheaded by the Government of Nepal, the campaign appears to be bringing transformational change.

“In the beginning, the majority of the people were against this project, they were saying no, it’s against our longstanding culture and we will defecate outside of our houses,” says Nathuni Prasad Kushwaha, a local community leader. 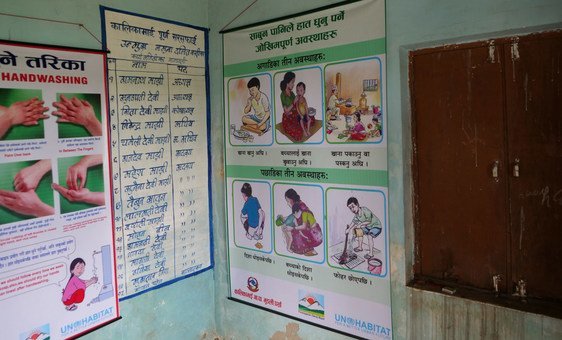 Mr. Kushwaha says that community groups would go house-to-house to talk about the connection between open defecation and illness, promoting the health benefits of using toilets and of good hygiene practices such as handwashing.

“The villagers were taught about the benefits of sanitation, and its effect on their lives; gradually they understood that,” says Mr Kushwaha.

Raju Prajad Sah, in his role as Chief Administrative Officer, is responsible for the implementation of development projects across the municipality. He says that after three intense months of lobbying for an end to open defecation, every household in Majhi decided to construct its own toilet.

“Now they all are using the toilets and obviously the difference is that there will be a reduction of diseases and their living standard will be, I think, uplifted,” says Mr Sah.

Sunaina now has a latrine in the back of her house. “I built it myself by taking a loan. I have not paid it back yet, but I will within one year by cultivating rice paddies”, she says.

On 30 September this year, the Prime Minister of Nepal, KP Sharma Oli, declared all 77 Nepali districts free from open defecation.  Building on this momentum, the government announced a new national campaign to address long-term behavioural changes. Since 2011, the UN’s Water Supply and Sanitation Collaborative Council (WSSCC) has been working with the Nepali authorities to transform the country’s approach to sanitation and hygiene.

Its efforts over the past five years have been concentrated on the southern Terai plains, the challenging last mile of Nepal’s sanitation campaign. Despite the region’s daunting socio-economic challenges, the programme, supported by WSSCC and implemented by UN-Habitat, NGOs and government partners, successfully helped accelerate sanitation coverage in eight Terai districts from around 13 per cent to 98 per cent in just over four years, according to government data.

“The progress we are seeing in Nepal is very encouraging and is testimony to what can be achieved when national governments, development partners, NGOs and local communities work together,” says WSSCC’s Sue Coates.

World Toilet Day, marked annually on November 19, is according to Ms Coates “an opportunity to celebrate such achievements and to ensure that such gains are sustained and that we continue to support countries to move upwards on the sanitation ladder. This is crucial in the achievement of all the Sustainable Development Goals”.

The UN and Sanitation

♦ Receive daily updates directly in your inbox - Subscribe here to a topic.
♦ Download the UN News app for your iOS or Android devices.
Nepal|open defecation|defecation|sanitation|Features 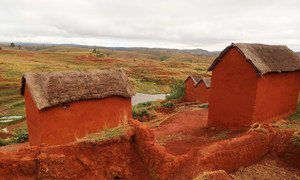 The discussion with villagers starts early in the morning. Volunteers are invited to draw a map of their village on the ground with chalk. One woman’s sketch shows 17 families – a total of 65 people – living in 11 red clay houses. She explains they share the three latrines that have been there for some time. 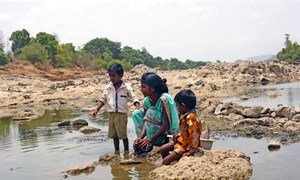 Some 2.2 billion people around the world do not have safely-managed drinking water, while 4.2 billion go without safe sanitation services and three billion lack basic handwashing facilities, according to a new report from the United Nations Children’s Fund (UNICEF) and the World Health Organization (WHO).