Although exposure to lead remains a key global health concern, particularly as it impacts childhood development, only 73 countries have legally binding controls for lead paint, the World Health Organization (WHO) has reported.

Lead exposure killed more than one million people in 2017, according to data cited by WHO, which is why the UN agency and partners are this week urging countries to take action to ban lead paint.

“Lead has devastating consequences on our health and in particular on the health of our children, causing lifelong intellectual disabilities,” said Dr, Maria Neira, Director of the Department of Public Health which deals with with social and environmental factors, at WHO in Geneva.

“Lead paint represents one of the most widespread sources of lead exposure to infants and children. Yet lead paint still lurks in homes, in schools and on toys.”

Decaying lead paint can contaminate soil or dust, meaning young children can ingest it while playing on the ground.

Lead is stored in the teeth and bones and accumulates over time, affecting multiple body systems. It is distributed to the brain, liver, kidney and bones.

As young children’s nervous systems are still developing, they can absorb up to five times more lead than adults.

“It will result as well in behavioural changes such as shortening of attention span, increased anti-social behavior, and sometimes even reduced educational attainment”, she added, noting that the impacts can extend into adulthood.

WHO is using International Lead Poisoning Prevention Week of Action, 20-26 October, to mobilize for laws, regulations or enforceable standards to stop the manufacture, import and sale of paints that contain lead.

Many countries are currently establishing laws to reduce the level of lead in paint to below 90 parts per million (ppm): the lowest and most protective regulatory limit set. 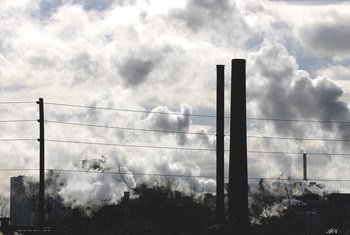