Two years since the murder of anti-corruption journalist Daphne Caruana Galizia on the Mediterranean island of Malta, justice has yet to be served for the shocking crime, UN-appointed independent rights experts said on Wednesday.

In an appeal to the Maltese authorities to do more to find the ringleaders and masterminds responsible as their top political priority, Special Rapporteurs Agnes Callamard and David Kaye suggested that too little had been done to fully investigate her killing.

“Two years have passed. No convictions, no trials of ringleaders and masterminds,” they said in a joint statement with monitors Dunja Mijatović from regional human rights body, the Council of Europe, and Harlem Désir from the Organization for Security and Co-operation in Europe (OSCE).

“On the contrary, posthumous libel suits continue to target the family of Daphne Caruana Galizia and makeshift memorials of her are frequently removed. This only adds to the sorrow and pain of her family and loved ones.”

Ms. Caruana Galizia, a well-known investigative reporter who made a name for herself uncovering graft in the Mediterranean island, was killed by a bomb planted under her car seat near her home in Bidnija, on 16 October 2017.

Three men who were charged with her murder were “finally” ordered to stand trial, the rights experts noted, almost 20 months after the killing.

According to media reports of initial court proceedings, the defendants, who were charged with planting and detonating the bomb, pleaded not guilty, and are awaiting trial.

Ahead of Wednesday’s statement by the rights experts, the Maltese authorities announced that a public inquiry into the killing had been set up.

Highlighting the need for accountability for “not only those who carried out the murder, but everyone complicit in it, including the masterminds behind it”, the experts underlined widespread public revulsion at the crime, which “shook people in Europe and beyond”.

Journalism – as practised by Daphne Caruana Galizia is in the interest of the public and democracy, the experts maintained, while attacks on journalists “not only deny their right to life…they deny the public’s right to know”.

They added: “The echo of the explosion that killed Daphne Caruana Galizia is still ringing in our memory with the ultimate question: when will justice be served, and bring a little comfort to her loved ones? The Government of Malta owes an answer to Daphne, her family, Maltese society and all journalists around the world.”

According to the UN agency mandated to monitor the safety of journalists, 43 reporters have been killed so far this year, from Afghanistan to the United Kingdom. 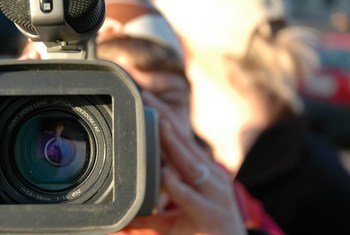 The head of the United Nations Educational, Scientific and Cultural Organization (UNESCO), has condemned the “brutal” killing of investigative reporter Victoria Marinova, whose body was found on Saturday in the Bulgarian city of Ruse, bearing signs of suffocation and sexual assault.