With Typhoon Hagibis causing destruction and loss of life in Japan, UN Secretary-General António Guterres has praised the leadership role the country is playing in climate resilience, and its “extensive and efficient preparation for this latest extreme weather event”.

The World Meteorological Organization (WMO) has described the typhoon as one of the highest impact storms to hit Japan in many years, with hurricane-force winds, record-breaking rainfall, devastating storm surges, and coastal and inland flooding.

Hagibis made landfall on Saturday, south of the capital Tokyo, before moving north. The typhoon has brought widespread devastation and disruption to densely populated cities, and infrastructure, and has led to the deaths of at least 25 people, with 15 declared missing. The casualties are believed to result mainly from landslides, or from being swept away by flood waters.

According to media reports, tens of thousands of troops, firefighters and other emergency workers have been sent to the worst-hit areas, to rescue people trapped by floodwater.

By Sunday, the intensity of the storm had lessened, and it had moved off land. Utility companies were reportedly attempting to restore power to hundreds of thousands of homes.

Hagibis hit Japan just a month after another intense storm, Faxai, caused widespread damage to property in parts of the country, including tens of thousands of homes, which have yet to be repaired.

In a statement, released on Sunday, the Secretary-General said that he was saddened by reports of loss of life and extensive destruction caused by Hagibis. The UN chief extended his deep condolences to the families of the victims, the Government and people of Japan, and wished a speedy recovery to those who have been injured.

♦ Receive daily updates directly in your inbox - Subscribe here to a topic.
♦ Download the UN News app for your iOS or Android devices.
Typhoon Hagibis|japan 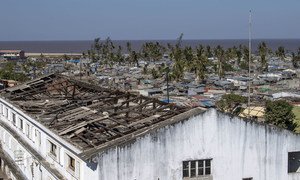 There is a strong economic case for climate resilience and reducing the risk of disasters, UN Secretary-General António Guterres said in a message to mark the International Day for Disaster Risk Reduction, which falls on Sunday. 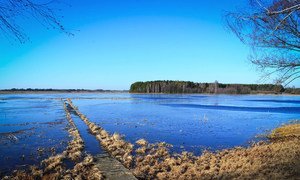 Nature is “one of the most effective ways” of combatting climate change and should be part of every country’s climate strategy according to the Executive Director of the UN Environment Programme (UNEP) Inger Andersen.