A rights lawyer who took to horseback to help more than 10,000 stateless people gain nationality in Kyrgystan after the break-up of the Soviet Union, has been awarded the UN refugee agency’s prestigious 2019 Nansen Refugee Award.

“Azizbek Ashurov’s story is one of great personal resolve and tenacity,” said Filippo Grandi, UN High Commissioner for Refugees on Tuesday, hailing Mr. Ashurov as an example of the “power of an individual to inspire and mobilize collective action”.

Our 2019 #NansenAward winner is the inspirational Azizbek Ashurov. For years, he and his team of lawyers worked ceaselessly and left no stone unturned to help Kyrgyzstan become the first country to #EndStatelessness Read more: https://t.co/b6cCmHpZSn pic.twitter.com/p3nAEoKcVe

Speaking to journalists in Geneva, the UNHCR laureate described his family’s difficulties in gaining citizenship in Kyrgystan after moving from Uzbekistan following the dissolution of the USSR in 1991.

Despite his legal training, Mr. Ashurov admitted finding the administrative hurdles involved in becoming a Kyrgyz national a significant barrier.

“I realised that if it was this difficult for me - with my education and as a lawyer - then imagine how hard it must be for an ordinary person”, he said.

After helping to set up an association offering free legal advice to displaced and undocumented people in southern Krygystan, Mr. Ashurov supported his Government’s bid to become the first country in the world to end statelessness.

Key measures included the authorities’ decision to cancel all fines for people whose status was irregular, he said.

“Most of the stateless people are illegal, invisible, that’s why they are afraid to show themselves, because they can be deported or fined,” he said. “So, the Government helped us with their amnesty.”

Another successful initiative in overcoming statelessness was the association’s creation of mobile legal teams which travelled to remote mountainous areas in search of marginalized groups, on horseback where necessary.

“People who came to our mobile desks, we informed them there were no fines (and) it was a chance for them to legalize their status in the country,” Mr. Ashurov explained, likening stateless people to “ghosts - they exist physically, but they don’t exist on paper”.

Outside Kyrgyzstan, a number of States in the wider region have started anti-statelessness campaigns which have led to more than 34,500 cases successfully resolved to date.

“Our role in reducing statelessness is to help people do what they cannot do themselves,” Mr. Ashurov explained. “We don’t give them citizenship, we give them back a right that they should have had from birth.”

According to UNHCR, statelessness affects millions of people worldwide.

It deprives them of legal rights or basic services and leaving them politically and economically marginalized, discriminated against and particularly vulnerable to exploitation and abuse.

Since UNHCR launched a 10-year campaign to end statelessness globally in 2014, Mr. Grandi said that 220,000 stateless people had secured a nationality, while around 15 Member States had adopted one of two international treaties banning statelessness.

While this was “clearly not enough” progress, the UNHCR chief noted that he expected more countries to put their names to the global accords at a High-Level intergovernmental meeting in Geneva on Monday.

The award is named after Fridtjof Nansen, the League of Nations’ first High Commissioner for Refugees, from 1920-1930. The League was the forerunner of the UN during the inter-war period.

Thanks to his efforts, many others became legal residents and found work in the countries where they had found refuge.

When he died in 1930, aged 69, UNHCR established the Nansen Refugee Award in his honour.

Recent winners include South Sudanese surgeon Dr. Evan Atar Adaha, Sister Angélique Namaika from the Democratic Republic of the Congo, and Zannah Mustapha, a lawyer and mediator from Borno state in north-eastern Nigeria.

The award includes a commemorative medal and a $150,000 prize donated by Switzerland and Norway. In close consultation with UNHCR, the laureate uses the monetary prize to fund a project that complements their existing work. 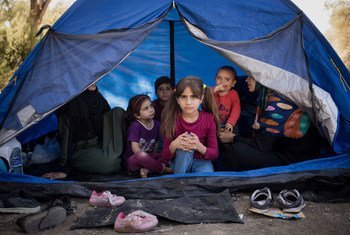 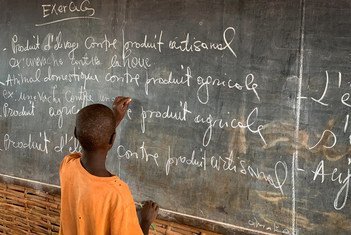