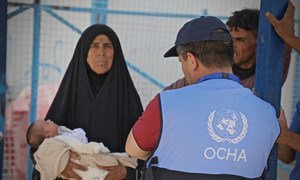 Describing the situation at Al Hol camp as “appalling”, the UN Commission of Inquiry on Syria called on the international community to take action.

Most of the 3,500 children held there lack birth registration documents, the Commission said in its latest report on the conflict. 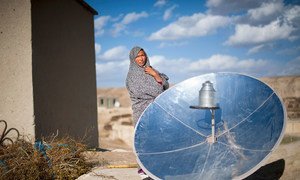 The current worldwide sustainable development model is threatening to reverse years of progress, if strategies don’t drastically change, an independent group of scientists has concluded in a major new report launched on Wednesday.

Worsening inequalities and potentially irreversible damage to the natural environment on which we all depend, demands concerted action, the UN Department of Economic and Social Affairs (DESA), urged in a statement on the report findings, compiled by a team of 15 UN-appointed experts. 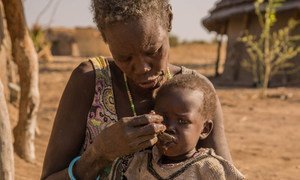 Despite improving conditions in South Sudan, more than half the country struggles to survive, according to three United Nations agencies working on the ground there.

It spelled out that not only do acute malnutrition levels among children exceed emergency thresholds, but more than 6.3 million people do not know where their next meal is coming from.

The report estimates that 10,000 people are currently at a catastrophic level of acute food insecurity, about 1.7 million at emergency level and another 4.6 million people are experiencing official crisis level.

At the Arab League Summit on Wednesday, the head of the UN Relief and Works Agency for Palestine Refugees, known as UNRWA, urgently called on Arab States to continue their financial and political support to Palestine refugees.

Addressing the Council of Arab Foreign Ministers, Pierre Krähenbühl highlighted that UNRWA’s work remains vital, especially without a “just and lasting solution” to the plight of Palestine refugees.

He thanked the League for its support and asked members to maintain the same level of commitment to the UN agency, particularly in the run-up to the renewal of its mandate in November. 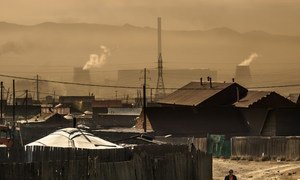 After a 10-day visit to Mongolia, the Independent Expert on Foreign Debt and Human Rights said that the mining sector there should play a transformative role for economic, social and cultural rights, and spur human development.

After visiting one mine in the Gobi Desert, where water consumption is a major issue, he encouraged conversations with local communities, particularly herders, to find a satisfactory solution or consider other alternative water sources.

The UN expert also recommended that the Government establish a permanent platform for involved parties to discuss environmental claims in the mining sector.

“For herder communities accessing water in the desert is the basis of their livelihood,” he stressed. 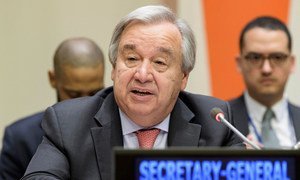 Secretary-General António Guterres issued a statement on Tuesday welcoming Cameroon President Paul Biya’s announcement on the launch of a national dialogue process in the country.

According to his spokesperson, Stéphane Dujarric, the UN chief “encourages the Government of Cameroon to ensure that the process is inclusive and addresses the challenges facing the country” and calls on all Cameroonian stakeholders, including the Diaspora, to participate in this effort”.

“The Secretary-General reiterates the readiness of the United Nations to support the dialogue process”, concluded the statement.

Listen to or download our audio News in Brief for 10 September, on Soundcloud:

♦ Receive daily updates directly in your inbox - Subscribe here to a topic.
♦ Download the UN News app for your iOS or Android devices.
Mongolia|Palestine refugees|South Sudan|syria 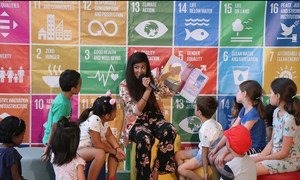 For children in Chad, getting an education can involve manual labour. That’s because, every year, there’s a chance that the rainy season will destroy their school, and they will have to join their teachers in rebuilding it. This is the story recounted in the children’s book “Rain School”, which is on the reading list of the UN's SDG Book Club.

Seven health centres in Syria’s north-west have been reportedly attacked in recent days and two of them have been destroyed, the World Health Organization (WHO) said on Monday.