In a statement released in Geneva on Thursday, WFP Spokesperson Hervé Verhoosel said that the UN agency has a team on the ground, assessing the full extent of the damage and identifying those in greatest need.

According to news reports, as of Thursday afternoon local time, 23 deaths have been confirmed, and officials fear that the total will rise considerably as the search and rescue effort continues.

Mr. Verhoosel said that WFP is working closely with the Caribbean Disaster Emergency Management Agency (CDEMA), the Government, and partners, to “identify the most urgent needs and provide support in the vital areas of food, telecommunications and logistics”.

An airlift is being organized, from the UN hub in Panama, of storage units, generators, and offices for two logistics hubs to be established on the main islands, said Mr. Verhoosel, and WFP is also providing satellite equipment to ensure connectivity for emergency responders across the affected island group.

The spokesperson noted that the assessment teams carried out an initial aerial reconnaissance mission to the affected islands on Wednesday, with the aim of getting teams to the hardest-hit areas as soon as possible.

He added that the agency is making $5.4 million available, as part of a three-month Limited Emergency Operation (LEO), because of the severity of the situation. The operation will provide support to 39,000 people and, in a first phase, WFP will focus on procuring and distributing up to 85 tons of ready-to-eat meals for the most affected communities.

The WFP briefing comes a day after the UN’s humanitarian chief, Mark Lowcock, who travelled to the Bahamas on Wednesday, announced that he would release a million dollars from the Central Emergency Response Fund (CERF), to kick-start critical relief efforts for the response to Hurricane Dorian, which is being led by the Bahamas Government. 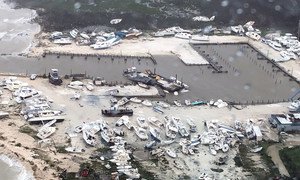 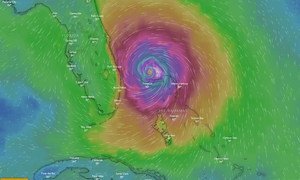