The impact of #HumanRights violations in one part of the world can have serious regional and international repercussions on another – UN Human Rights Chief @mbachelet talks to the press at @UNGeneva 👉 https://t.co/VudhTEf7rE#StandUp4HumanRights pic.twitter.com/WtKj6PpymI

In our increasingly interconnected world, human rights violations in one part of the planet can have serious repercussions on another, she maintained.

“We have seen this with large numbers of people fleeing their countries due to armed conflicts, insecurity, political oppression, climate crises and failure to protect economic, social and cultural rights”, she said. “We see also this with the fires that are raging in the Amazon, and with the ice caps melting in Greenland and elsewhere.”

Highlighting the ongoing war in Syria, the High Commissioner noted that it had begun in 2011 after the Government’s “abject failure” to allow Syrians freedom of expression.

In the last four months alone, Ms. Bachelet added that her Office, OHCHR, had verified 1,089 men, women and children killed in the war-torn country’s north-west – an “appalling, shameful and deeply tragic” situation.

“A total of 1,031 of these civilian deaths are reportedly attributable to the airstrikes and ground-based strikes carried out by Government forces and their allies on Idlib and Hama governorates,” the High Commissioner insisted, adding that non-State armed groups had also targeted Government-held areas, reportedly killing 58 people.

“In a bid to take control of territories, there appears to be little concern about taking civilian lives,” Ms. Bachelet said. “I appeal to all parties to the conflict and to those – many, powerful – States with influence to put aside political differences and halt the carnage.”

Asked about the ongoing protests against the authorities in Hong Kong, Ms. Bachelet said that while the majority of demonstrations had been peaceful, she was “disturbed” by others that had turned violent, adding that the situation had the potential to “spiral”.

“Of course, we’re looking forward to the transparent dialogue that could find a solution to this situation,” she said, reiterating her support for Chief Executive Carrie Lam’s bid to pursue dialogue with the protesters to address their grievances.

On the issue of the fires burning in the Amazon, the High Commissioner pointed out that one in three were in areas inhabited by indigenous people.

“Human rights violations are everybody’s business because they can affect us all at a very fundamental level: our peace and security, our economies, our very lungs depend on the promotion and protection of human rights in places far from our homes, no matter where we live.”

Earlier in the day, the High Commissioner expressed concern about violent demonstrations in the Indonesian provinces of Papua and West Papua.

The escalation had led to the deaths of protesters and security personnel, she said in a statement, before urging the authorities to “engage in dialogue” with the demonstrators.

The Government should also “refrain from any excessive use of force”, Ms. Bachelet continued, noting also that “blanket internet shutdowns” could exacerbate tensions among communities facing “longstanding racism and discrimination”.

Climate action and sustainable development: we still have time

Turning finally to the UN Climate Action Summit in New York on 23 September, the need for the world to act together to protect the planet while also leaving no-one behind – a key tenet of the 2030 Sustainable Development Goals Agenda – has never been so important, she stressed. 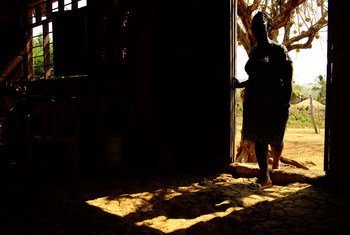 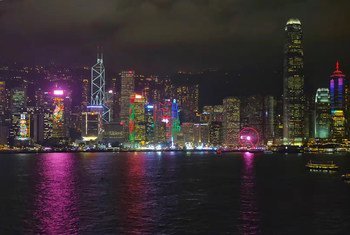 After two consecutive days of chaos at Hong Kong International Airport, the UN High Commissioner for Human Rights (OHCHR) Michelle Bachelet expressed her concern and condemned “any form” of violence or destruction of property and urged the demonstrators to “express their views in a peaceful way”.