Marginalized groups hit hardest by inequality and stigma in cities

Millicent Auma Otieno, a Kenya-based human rights and community activist, campaigns on behalf of women and persons with disabilities who face stigmatization, as a result of cultural and religious beliefs.  In an interview with UN News, Ms. Otieno reinforced the message that many people in cities are forced to live in informal settlements, which have proven to be hotbeds of unemployment, violence, drug abuse and early pregnancies.

According to Ms, Otieno, policies to tackle these problems include the provision of decent, affordable housing, quality education, and equal job opportunities for all, irrespective of race, religious belief, tribe or political affiliation.

Ms. Otieno travelled to Salt Lake City, Utah, to speak at the UN Civil Society Conference – an annual event which brings together representatives of NGOs and senior UN officials – on Monday. Delegates heard that inequality in cities, and other human settlements, is growing, with marginalized members of society being hit hardest.

Making cities and human settlements inclusive, safe, resilient, and sustainable is one of the  Goals of the United Nations 2030 Agenda for Sustainable Development, the UN’s blueprint to preserve the planet, and raise quality of life for all.

The conference session featuring Ms. Otieno, ‘Inclusive Cities and Communities – Leaving No One Behind’ – was an opportunity to discuss the fact that certain groups, such as women, young people, the poor, stigmatized ethnic groups, and the LGBTQI community, often do not benefit from urbanization.

Making cities and communities safe for persons with albinism

In some countries, such as Uganda, some of the most marginalized groups are people with albinism, who often also encounter discrimination. Peter Ogik, who lives with the condition, is the co-founder and Executive Director of SNUPA, the Source of the Nile Union of Persons with Albinism, which raises awareness about and advocates for their rights of such persons. 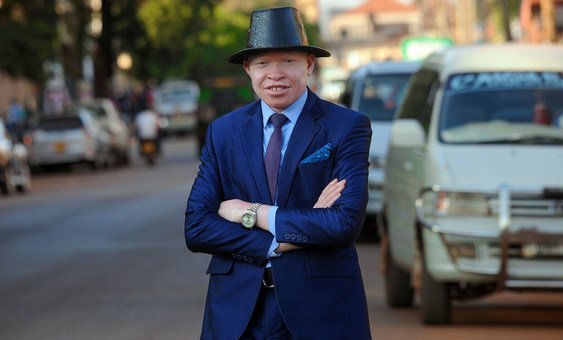 Speaking with UN News, Mr. Ogik underlined the extreme dangers faced by Ugandans living with albinism, which include kidnap, due to the false belief that their body parts have special powers, and rape, because some think that unprotected sex with a person who has albinism can cure HIV/AIDS.

“Urgent action is needed to make our cities and communities safer for persons with albinism”, he said. “This includes reviewing legal and regulatory frameworks; facilitating access to justice for persons with albinism to ensure that attacks are prosecuted; and taking basic protective measures such as strengthening the police and making homes more secure.”

Mr. Ogik stated that all stakeholders have a part to play in making cities and communities more inclusive for persons with albinism, including development partners, international agencies, and other civil society organisations.

“We must make the invisible visible” Mariarosa Cutillo, Chief of Strategic Partnerships at the UN Population Fund (UNFPA), declared during the session, referring to marginalized groups in cities whose needs often go unmet because of a lack of reliable data.

This, she noted, is why the 2020 census in the US is so important, because good data, having a better understanding of the diversity of the population, helps the UNFPA and other organizations to better target their efforts.

Without this information, she warned, we will not achieve the goals of the 2030 Agenda, and win the fight against stigma and discrimination. 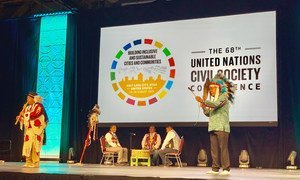 “Well-planned and managed cities can steer us towards inclusive growth and serve as models of harmony among diverse people”, United Nations Secretary-General António Guterres declared in a video message on Monday to delegates at the 68th UN Civil Society Conference, in Salt Lake City, Utah. 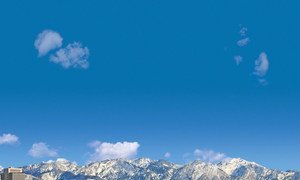 How can we make sure that cities become more inclusive, with a smaller environmental footprint, and leave no-one behind? These questions will be tackled at the UN Civil Society Conference, which is due to take place in the capital of Utah, Salt Lake City, at the end of August.