UN Women/Ryan Brown
Detail from the mural at the Center for the Historical Memory of Women in San Juan Comalapa, Guatemala. (April 2018) 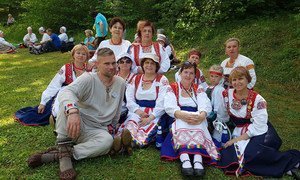 Secretary-General António Guterres underscored the urgency to “preserve, revitalize and promote indigenous languages” in his message for the International Day of the World’s Indigenous Peoples, Celebrated on Friday.

“Languages are how we communicate, and they are inextricably linked to our cultures, histories and identity”, the UN chief said, noting that 2019 also marks the International Year of Indigenous Languages.

He pointed out that almost half of the world’s estimated 6,700 languages, which are mostly indigenous, risk extinction. “With every language that disappears, the world loses a wealth of traditional knowledge” said Mr. Guterres.

See what others had to say here. 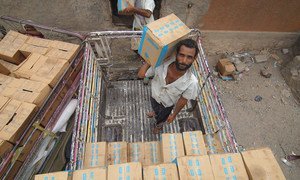 Life-saving food aid distribution is set to resume to 850,000 people in the Yemeni capital, Sana’a, following guarantees by Houthi opposition forces that the supplies will reach those who need them most, the World Food Programme (WFP) said on Friday.

Under a deal that ends a partial two-month break in WFP assistance to Houthi-held areas of the war-torn country after the agency said that humanitarians were being denied access and local authorities were interfering with deliveries, spokesperson Hervé Verhoosel insisted that a new registration process had been agreed.

“We have written guarantees from the Houthis,” he said, in reference to a document signed with the Sana’a-based authorities. 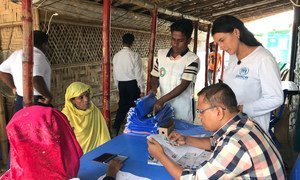 Issued to all refugees over the age of 12, in camps in southern Bangladesh, the biometric, fraud-proof card is for many, the first time that they have owned an official document that proves their identity.

“Most of these people are stateless and most of these people have not had any form of identification document, so for the vast majority of the Rohingya refugees, this is the first ID, a first proof of identity that they have,” UN Refugee Agency (UNHCR) spokesperson Andrej Mahecic told journalists in Geneva.

Malians fleeing violence should be given international protection, says UN 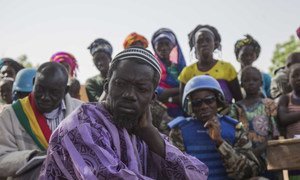 The UN refugee agency (UNHCR) announced on Friday that because of the deteriorating humanitarian and security situation in Mali, neighbouring countries should provide protection to those fleeing conflict.

Not all Malians need protection, the agency said, but the threat has spread from northern Mali to other regions.

It cited armed groups affiliated with Coordination des Mouvements de l’Azawad and others that have failed to respect the 2015 Peace and Reconciliation in Mali agreement.

The conflict has been further escalated by Islamist extremist groups.

According to UNHCR, civilians, politicians and civil servants along with security forces are being targeted and murdered.

Nearly 200 peacekeepers have been killed since 2013, making it the deadliest peacekeeping operation in the world.

And people who collaborate with national or international defence forces subsequently find themselves targeted for attack and may be in need of international protection, the agency said. 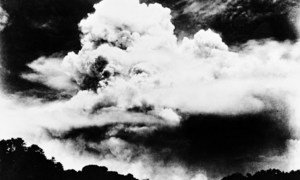 Paying tribute to the victims and survivors of the nuclear bombing of Nagasaki on 9 August 1945, Secretary-General António Guterres said in his message for the annual Nagasaki Peace Ceremony on Friday that the city “has emerged to become a beacon for global peace and understanding”.

“I was profoundly moved upon seeing this for myself when I travelled to Nagasaki last year to take part in this ceremony”, he said, adding that the “brave survivors” testimony “touched my heart” as did their devotion “to ensuring that the great tragedy that befell this city is never visited upon any other”.

In the face of rising tensions between nuclear armed States and the demise of existing arms control and disarmament treaties, the UN chief lamented that “the nuclear danger persists”.

“The international community must join forces to safeguard the security benefits that existing treaties bring to us all” he urged.

The “only true guarantee” against nuclear weapons is “their total elimination”, Mr. Guterres said, calling it the UN’s and his personal “highest disarmament priority”.

Calling youth the “future peacemakers of the world” and “the ultimate force for change to secure our common future”, the Secretary-General maintained that by carrying the message forward together, “we will achieve our shared goal of a world free of nuclear weapons”.

Listen to or download our audio News in Brief for 09 August on SoundCloud: