In an appeal to mark the International Day of the World’s Indigenous Peoples on Friday (9 August), UN-appointed experts said that “nation-building” had been largely responsible for “ongoing discrimination” against native speakers.

“Over time, such policies can undermine and effectively destroy a culture and even a people”, the experts cautioned, before insisting that indigenous languages allowed freedom of expression and conscience that are critical to people’s dignity, culture and political representation.

The experts – who include panels that report to the Human Rights Council (HRC) and the Economic and Social Council (ECOSOC), along with a UN-appointed investigator known as a Special Rapporteur, commended States that support a Decade of Indigenous Languages.

“Ten years would provide the time and resources necessary to reverse the historic destruction of indigenous languages and reclaim these languages for the future of indigenous peoples and the world community, alike,” they said.

In line with a special UN Declaration, indigenous peoples everywhere are recognized as having the right to revitalize, use, develop and transmit their languages to future generations.

Importantly, this includes the right to establish and control education, media, and the institutions that govern them, the UN-appointed independent experts noted.

“We call on UN member States to recognise, protect and promote indigenous languages through legislation, policies and other strategies in full cooperation with indigenous peoples,” the experts said, underlining the need for “sustained support for bilingual and mother tongue education…access to health, employment, judicial and other public services in the languages of indigenous peoples, including through cyberspace and the internet”.

♦ Receive daily updates directly in your inbox - Subscribe here to a topic.
♦ Download the UN News app for your iOS or Android devices.
Indigenous|endangered languages 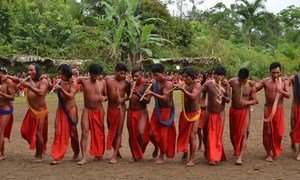 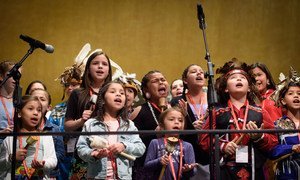