WFP/Tatenda Macheka
Drought conditions in Zimbabwe have meant that farmers have not been able to grow enough food this year.

With Zimbabwe now experiencing its “worst-ever hunger crisis”, the UN food relief agency has revised its humanitarian appeal to step up food assistance to people most affected by drought, flooding, and economic stagnation.

This morning we had productive, practical discussions w/ @edmnangagwa &amp; his team about working together strategically to help solve the serious food security issues in #Zimbabwe. Our hope is to create a brighter future, one where every child can fulfill his or her dreams. pic.twitter.com/Ya54fZUjKw

Zimbabwe was once known as leading food producer in the region, one of the bread baskets of Africa, but its problems were exacerbated earlier this year when Cyclone Idai struck, affecting around 570,000 Zimbabweans, together with large parts of Mozambique and Malawi.

The revised humanitarian appeal covers January 2019 through to April 2020, with a total requirement of $331.5 million need from this point onwards.

More than one-third of the rural population, or some 3.6 million people, will be food insecure by October, and by January the figure is expected to increase to 5.5 million during the inter-harvest season, according to WFP. Moreover, most of Zimbabwe’s 60 districts will exhaust their maize stocks by October.

“This accounts for 60 per cent of the rural population”, explained Mr. Verhoosel, adding that the UN agency is providing food assistance to 700,000 people in August.

And “when crop stocks decline, we will scale up for the season between harvests and help 1.7 million people in October-December and two million in January-April, but only if funding allows it”, he added.

WFP needs $173 million to implement its response plan in the next nine months consisting of a wide-ranging programme of humanitarian actions. The agency is asking the international community to quickly make the funds available.

Mr. Verhoosel flagged that following an emergency response, “we need to think about the long term and continue building local capacity”.

Citing that “the recent abandonment of the US dollar and other currencies for commercial transactions” has negatively impacted the economy, he said that while  the actual rates could be “even higher”, the official year-on-year inflation rate “reached 176 per cent in June, with food prices soaring by 252 per cent”.

“Climate shocks such as cyclones or drought also have an immediate impact, especially on the rural population”, underscored the WFP spokesperson, calling on the international community to “respond favorably to this request for funds to respond to this urgent situation”. 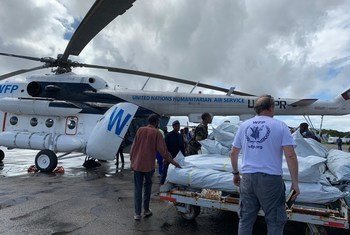 Severe drought has rendered more than a third of rural households in Zimbabwe – or around 3.5 million people – dangerously food insecure, the UN World Food Programme (WFP) revealed on Friday. 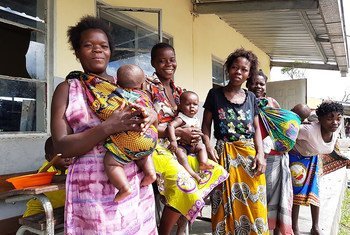