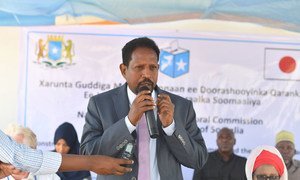 UN Secretary-General António Guterres has condemned Wednesday’s “deadly terror attacks” in Somalia, that targeted the offices of the mayor of Mogadishu, reportedly killing six government officials and injured several others, including the mayor.

According to media reports, the attack was carried out by a female suicide bomber, and was claimed by terror group al-Shabab.

The new UN special envoy to Somalia, James Swan, described the bombing as a “heinous attack”, that “demonstrates a violent disregard for the sanctity of human life”, in a statement released by the Mission on Wednesday. 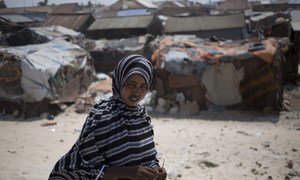 The following day, UN independent expert Bahame Tom Nyanduga, commended Somalians for their resilience in the face of extreme challenges such as conflict, terrorist bomb attacks, and grave violations of human rights, whilst dealing with poverty and a lack of basic necessities.

Mr. Nyanduga’s comments came in a statement released following a visit to Somalia, in which he called on the international community to continue help Somalia to strengthen its institution, and the justice and security sector, ahead of the next elections.

Earlier this month, al-Shabab reportedly claimed responsibility for an attack on the southern city of Kismayo, during which a car containing explosives was driven into a hotel, which was then stormed by gunmen. At least 26 people were killed. 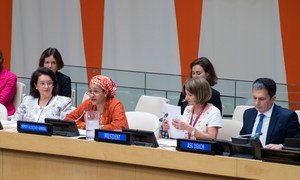 In her inaugural speech as President of the United Nations Economic and Social Council (ECOSOC), Mona Juul, of Norway, declared that the body’s mandate today remains “as relevant and compelling” as it did back in 1945, when it was tasked with “fostering international cooperation on economic, social, and cultural issues”.

Having served as one of the four ECOSOC Vice-Presidents, Ms. Juul was elected by acclamation on Thursday morning.

The Council should promote “universal respect and observance of human rights and fundamental freedoms. For all”, continued the newly elected president. “Without distinction as to race, sex, language, or religion”.

The new ECOSOC chief also advocated that the UN body align the “whole UN family” for improved results and under Government leadership, strive to make a difference in countries. 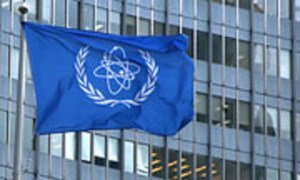 The International Atomic Energy Agency (IAEA) has appointed an interim chief, following the death of Director General Yukiya Amano, which was announced on Monday.

Mr Amano, who died at the age of 72, had been due to step down next March amid reports of an unspecified illness.

In a statement published on Thursday, the IAEA stated that, “to ensure the orderly and smooth functioning of the Agency”, Cornel Feruta will serve as acting Director General, until a new chief assumes office.

Mr. Feruta currently heads the IAEA’s Office of Coordination, responsible for supporting the Director General in areas such as policy, external relations with Member States, and strategy.

Growing risk of locust swarms in Yemen and Horn of Africa 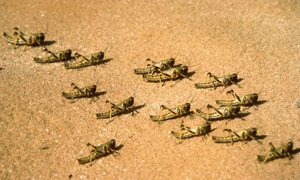 Yemen and several countries in the Horn of Africa region, are facing an increased risk of desert locust swarms,  threatening agricultural production during the next three months, the UN Food and Agriculture Organization, FAO, warned on Thursday.

The risk is being blamed on summer breeding, amplified by heavy rains, and the FAO says that it could affect food security and livelihoods in the countries concerned, which include Sudan, Eritrea and parts of Ethiopia and northern Somalia.

Intensive ground and aerial operations to control the locust population, mounted in Iran, Saudi Arabia and Sudan this year, have had some success, but were not able to entirely prevent swarms from forming, and moving to traditional summer breeding areas in Yemen, Sudan, the Horn of Africa and along both sides of the border between India and Pakistan.

Listen to or download our audio News in Brief for 25 July on SoundCloud:

♦ Receive daily updates directly in your inbox - Subscribe here to a topic.
♦ Download the UN News app for your iOS or Android devices.
Somalia|UNSOM|Locusts|FAO|IAEA|ECOSOC