In closing the High-level Segment of the Economic and Social Council (ECOSOC) on Friday, President Inga Rhonda King assured participants that the session had contributed significantly to advancing the 2030 Agenda for Sustainable Development.

By “increasing awareness and galvanizing efforts towards empowerment, inclusiveness and equality”, the entire ECOSOC system has worked “to address gaps and challenges, provide integrated policy recommendations, and review progress”, which are all “at the heart of the 2030 Agenda”, she said.

The 🌏 came together at UNHQ in NYC to review progress towards achieving the #GlobalGoals. https://t.co/tTGovAsx5x pic.twitter.com/9hok8FNZ0x

Ms. King pointed out that the High-level Segment also included the ministerial segment of the High-Level Political Forum (HLPF), which she referred to as “the premier global forum for follow-up and review of sustainable development”.

Ms. King noted that “the transformative nature of the 2030 Agenda” has been emphasized, by rising and adapting to the demands it places on development actors “to think and work differently”.

She flagged the discussions underscoring the need for an integrated approach to achieve the SDGs and “to reduce inequality, end deprivations, and leave no one behind.”

“We have seen that reaching to the local level, empowering people, giving them voice and including them in decision-making leads to better outcomes, with stronger support to implementation”, underscored the ECOSOC President. “And we have heard that we must commit to, and undertake, deliberate, decisive, transformative actions to accelerate implementation and achieve the SDGs by 2030”.

The High-level Segment broadened the discussion around the 2030 Agenda by looking at long-term trends and scenarios, which Ms. King credited to General Assembly resolution 72/305, calling it “a great accomplishment”.

"This is the moment to mobilize the entire international community to achieve the #SDGs."Watch UN DESA's chief Liu Zhenmin offer his take on the 2019 #HLPF, which concluded yesterday.https://t.co/eXsC72T9YT pic.twitter.com/xn17ykCM8q

The morning session looked at 2030 and beyond to examine “Visions and projections for the future of the SDGs”, the 2019 ECOSOC theme.

“We heard that the world is at a turning point” she said. “Several mega trends are unfolding that will greatly impact on the delivery of the SDGs by 2030 and beyond.  Some bring immediate threats – such as the looming debt crisis or uncertainties on growth or inequality-; others bring existential threats such as climate change, pollution or biodiversity loss.  Others bring both threat and opportunities such as population trends, urbanization -- or technologies, which need to be carefully managed so that it supports the common good.”

Education, she said was a major key to success: “And we know that solutions are multilateral.  But we are still a bit uncertain about how exactly we can achieve some of the in-depth transformations we need to realize the SDGs – notably in the way we live, work, produce and consume.  We need more reflection and exchange.   ECOSOC and the HLPF can serve as platforms to nurture this conversation.

Another key message of Friday’s deliberations, said the ECOSOC President, was, that “governments must reinvent themselves” and be more agile. “We need a government that can react swiftly to urgent trends while keeping the compass on the long term.  We need a government that engages and listens to people.  Participation is facilitated by new technologies and other developments."

She added that “we also need to find ways to engage the poorest and most vulnerable in the decisions that impacts on their lives.”

She concluded her address by thanking everyone for their commitment to sustainable development.

For his part, the chief of Economic and Social Affairs, Liu Zhenmin, called the 2030 Agenda a sustainable process that truly “changes human society and protects the global environment”.

Mr. Liu said that by 2030, nearly 1.8 billion people, or one-third of the adult global population will face long-term employment risks.

On climate change, he pointed out that after several years of decline, the concentration of carbon dioxide in the atmosphere has rebounded.

The rapid advancement of science and technology may play a decisive role in achieving the SDG, according to Mr. Liu, who underscored that the international community must recognize that this is often a double-edged sword.

Priority must be given to identifying and developing the latest technologies that are conducive to ensuring food, housing, health and energy security, This would narrow technical inequalities that lead to inequality, and instead allow science and technology to advance on the right path to bringing benefits to all. 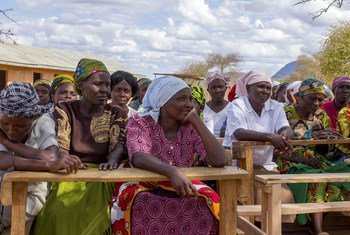 We can realize the Sustainable Development Goals (SDGs) by 2030 “if we all stay together and step up our actions”, Inga Rhonda King, President of the United Nations Economic and Social Council (ESOSOC), said on Thursday. 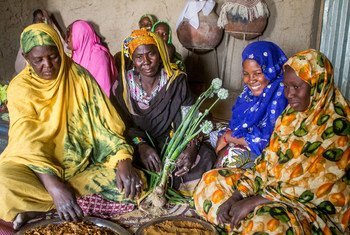 Inclusion, empowerment and equality, must be ‘at the heart of our efforts’ to ensure sustainable development, says UN chief

The world’s people are demanding “transformative change that is fair and sustainable,” Secretary-General António Guterres said on Tuesday, calling on government leaders to use the upcoming slate of key United Nations meetings in September to “kickstart a decade of delivery and action for people and planet.”