UN chief António Guterres said on Friday he was “deeply saddened” at the death of at least 33 people inside a popular Japanese animation studio, in the city of Kyoto, following an arson attack that constitutes one of the worst mass-killings in the nation’s history.

Japanese police have now identified the man suspected of carrying out the attack on Thursday morning, who reportedly entered the Kyoto Animation (KyoAni) building, carrying cans of flammable liquid, which he poured across different areas of the film and graphic novel media business, before setting it alight.

According to news reports, witnesses to his arrest said he had alleged at the scene, that the company had stolen some of his ideas. Around 70 people were in the building when the fast-moving fire began, and more than 30 were taken to hospital. Many of those who died were reportedly found on a stairway trying to escape the flames.

“The Secretary-General is deeply saddened by the loss of life caused by the arson attack and fire in Kyoto”, said a statement issued by the UN Spokesperson’s Office. “He extends his condolences to the families of the victims and to the people and the Government of Japan. He wishes those injured a swift recovery.”

Mr. Guterres added that “in this tragic moment, the United Nations stands in full solidarity with the Government and people of Japan.”

News reports say that dozens of people in Kyoto gathered outside the building on Friday, laying flowers and offering prayers.

The Kyoto Animation company has produced popular hand-drawn and computer animation (or anime, as the genre is known) programmes including K-On, and The Melancholy of Haruhi Suzumiya, and publishes graphic novels many of which focus on the school life of teens. One of its recent series, Violet Evergarden, has been picked up by the global online screening giant, Netflix.

Nuclear material in Japan incorrectly measured in past, IAEA confirms 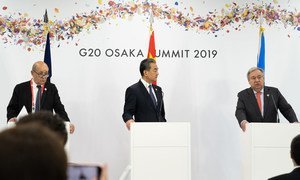 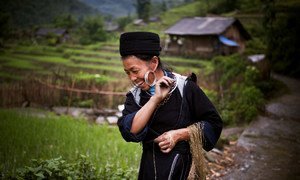 Millions of jobs in the Asia and Pacific region have been put at risk by conflicts over trade, despite a recent agreement not to escalate tit-for-tat tariffs by the United States and China, according to a new regional UN report.