UNICEF
At the UNICEF supported Regional AIDS Centre in Osh in Southern Kyrgyzstan, a female doctor explains proper doses of ARV treatment for HIV. (26 May 2014)

Ending AIDS is possible if we focus on people, not diseases Gunilla Carlsson, acting Executive Director of UNAIDS

The news comes in a new UNAIDS report, Communities at the centre, launched on Tuesday at a community event in Eshowe, South Africa, which also shows that the global resources available for the AIDS response have declined “significantly”, by nearly $1 billion.

The gap between the resources needed and those available is widening, as donors provide less funding, and domestic investments grow too slowly to compensate for inflation.

UNAIDS estimates that some $26.2 billion is needed by 2020: the 2018 amount available for the AIDS response was approximately $7.2 billion short of that figure.

Community empowerment and ownership result in a greater uptake of HIV services, a reduction in stigma and discrimination and the protection of human rights. Community-led successes must be replicated and scaled up, says new #AIDSreport2019. https://t.co/zRTQ1JNVpz pic.twitter.com/VhjMPOzD9a

The report reveals that, from 2010 to 2018, the number of new HIV infections declined by 16 per cent, with around 1.7 million people infected in 2018. The drop is driven mostly by steady progress across most of eastern and southern Africa.

However, the picture looks very different – and far less positive – in other regions, which have seen a rising number of cases: In eastern Europe and central Asia, AIDS-related deaths have risen by five per cent and, in the Middle East and North Africa, by nine per cent, since 2010.“Key populations” — which include people who inject drugs, gay men and other men who have sex with men, transgender people, sex workers and prisoners—now account for more than half of new HIV infections globally.

In eastern Europe and central Asia and in the Middle East and North Africa, that figure rises dramatically to around 95 per cent, which highlights that key populations are still being marginalized and being left behind in the response to HIV.

“We urgently need increased political leadership to end AIDS,” said Gunilla Carlsson, acting Executive Director of UNAIDS. “This starts with investing adequately and smartly, and by looking at what’s making some countries so successful. Ending AIDS is possible if we focus on people, not diseases, and take a human rights-based approach to reaching people most affected by HIV.” 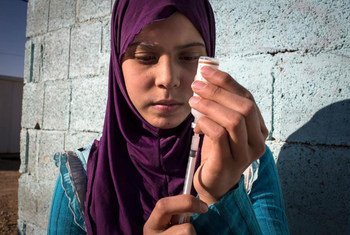 While developing countries have long struggled with the price of medicines, today’s costs have rendered it a world-wide challenge, and the key topic of concern at a global medicines forum in South Africa, co-sponsored by the World Health Organization (WHO). 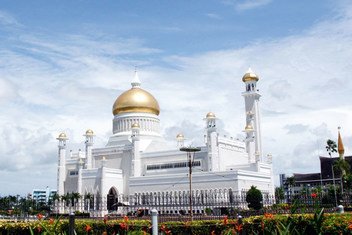 New criminal laws in Brunei that impose the death penalty for same-sex relationships, adultery and childbirth out of marriage, “breach international human rights norms”, and should be suspended or repealed said the heads of two United Nations agencies on Thursday.