Romain Murenzi, Executive Director of the World Academy of Sciences Resource shared key findings of the 2019 Global Sustainable Development Report (GSDR), which will be launched at the SDG Summit in September.

Reminding participants that an independent group of scientists was mandated to “bring together different perspectives in trends of science to inform the 2030 Agenda and to contribute to the science policy interface”, Mr. Murenzi said that after assessing each target on a “business as usual scenario, many are off track”.

In addition to rising hunger and poverty, some targets are “most alarmingly going in the wrong direction”, he flagged.

“We can say that they are backtracking, showing negative tendencies, with rising inequalities within countries”, lamented Mr. Murenzi. “Hence, it becomes very clear that sectoral approaches to SDGs cannot be enough and that we need to have a plan to accelerate and scale-up actions”.

Based on UN flagship reports and 67 scientific assessments, the GSDR has evaluated different interactions among the SDGs and recommends a systemic approach to move forward.

“For example, the fate of SDG 2, zero hunger, will depend on many other SDGs, namely energy, water and life on land”, Mr. Murenzi maintained. From “a scientists’ perspective” he detailed that pursuing one SDG in isolation “risks a disservice to the 2030 Agenda.”

Working toward “a knowledge-based transformation framework to sustainable development”, he explained that scientists discovered four dysfunctional systems that must be changed for the 2030 Agenda to succeed.

“Economies, energy decarbonization, food and nutrition patterns, and urban development must be advanced to multiply our progress”, underscored Mr. Murenzi, adding that “a clear agreement” is needed “to solve this problem”.

For her part, Endah Murniningtyas, former Deputy Minister for Natural Resources and Environment, Ministry of National Development Planning of Indonesia said that because transformations differ between countries, “context-specifity” is a “very important”.

“Governments need to discuss and agree on transformation plans…suitable to the national and local context”, she stated.

She cited three areas in which science is “key” in helping to assess and identify means to sustainable development, beginning with the science community’s ability to bolster support SDG implementation at country and global levels.

It is also important to conduct international scientific assessments to track SDG implementation progress, which according to Ms. Murniningtyas can be useful in identifying regions, countries and populations that need help.

“Another important role of science is to identify key and emerging issues that have either not yet been considered by SDGs, or are missing”, she concluded.

♦ Receive daily updates directly in your inbox - Subscribe here to a topic.
♦ Download the UN News app for your iOS or Android devices.
science|2030 Agenda 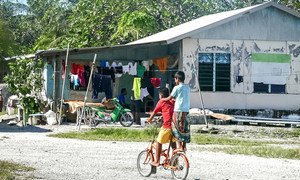 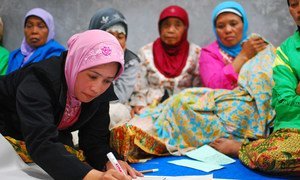