© UNICEF/Velasquez
A boy begs on the streets of Caracas, the capital of Venezuela. (3 June 2019)
8 July 2019
Migrants and Refugees

UN refugee agency UNHCR, and the International Organization for Migration (IOM) lauded the joint declaration that agrees to reinforce cooperation, communication and coordination between the countries of transit and destination; strengthen measures against people-smuggling and trafficking; and protect the most vulnerable by combatting discrimination, xenophobia and sexual and gender-based violence.

"The continuing exodus of Venezuelans surpasses and exceeds the capacities and resources of governments in the region”, said Eduardo Stein, Joint UNHCR-IOM Special Representative for Venezuelan refugees and migrants. “This implies an urgent challenge for the countries hosting them”.

The road map was adopted late last week during the International Technical Meeting of the Quito Process, in the Argentine capital, Buenos Aires, with the participation of 14 Latin American and Caribbean governments, UN agencies, regional organizations, development banks and civil society.

Mr. Stein maintained that the Quito Process “represents a key space for communication and coordination among States”.

“There are many good practices in the region and governments benefit from opportunities for exchange, articulation and harmonization”, he added, explaining that “it is crucial to continue expanding and strengthening the participation of countries of the region in this Process."

The meeting highlighted the actions and efforts of the regional countries, not only in terms of reception, documentation and humanitarian assistance, but also in promoting access to health, education, employment, and housing on behalf of Venezuelan refugees and migrants.

The Road Map of the Buenos Aires Chapter sets out specific actions on human trafficking, healthcare and for recognizing academic qualifications of Venezuelan professionals, as well as establishing information and reception centres.

A so-called Information Card for Regional Mobility is a priority commitment, to complement and strengthen the documentation and registration processes at national levels where it exists or is being developed.

The governments also agreed to collaborate in mitigating the impact of the crisis in the region by mobilizing resources to support the implementation of the Quito Plan of Action and the Road Map.

UNHCR and IOM reiterated their support to countries affected by the outflow of Venezuelans and called for strengthened international funding so that current actions may continue, and new projects can be implemented.

According to data from national immigration authorities and other sources, the number of refugees and migrants from Venezuela around the world has now exceeded four million.

♦ Receive daily updates directly in your inbox - Subscribe here to a topic.
♦ Download the UN News app for your iOS or Android devices.
Latin America and Caribbean|Venezuela 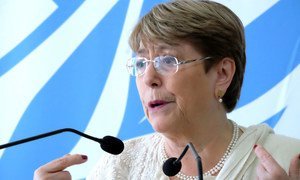 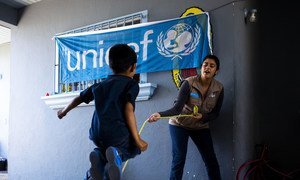