The report, published by the Office of the High Commissioner for Human Rights (OHCHR), was mandated by the Human Rights Council, in response to longstanding concerns by Member States.

In her statement, Ms. Bachelet said that her team had conducted a “technical visit” to Venezuela in March; and made nine visits to interview Venezuelan refugees and migrants based in several South American countries, as well as Spain.

She recounted her ground-breaking mission to the country two weeks ago, to meet senior officials and politicians, including President Nicolás Maduro, and President of the National Assembly, Juan Guaido, who declared himself interim President in January, sparking the latest unresolved political crisis to beset the oil-rich Latin American nation. She also met members of civil society and heard testimony from victims of grave human rights violations.

Previous OHCHR reports have highlighted killings, the use of excessive force against demonstrators, arbitrary detentions, ill-treatment and torture. The latest publication warns that “if the situation does not improve, the unprecedented outflow of Venezuelan migrants and refugees will continue, and the living conditions of those who remain will worsen”.

In June, the UN refugee agency, UNHCR, said that some four million people are now believed to have left the country in the last four years, amid reportedly dire shortages of food and basic services.

“During my visit to Venezuela, I was able to hear first-hand the accounts of victims of State violence and their demands for justice,” Ms. Bachelet said. “I have faithfully conveyed their voices, and those of civil society, as well as the human rights violations documented in this report, to the relevant authorities.”

The OHCHR report’s findings are based on more than 550 interviews with victims and witnesses of abuses and the deteriorating economic situation in Venezuela and eight other countries.

As well as detailing how State institutions have been “steadily militarized” over the past decade, it states that civil and military forces have been allegedly responsible for “arbitrary detentions, ill-treatment and torture” of critics of the Government; sexual and gender-based violence in detention and “excessive use of force during demonstrations”.

Citing 66 deaths during protests between January and May 2019, of which 52 were attributable to Government security forces, or pro-Government armed civilian groups known as “colectivos”, OHCHR maintains that, as of 31 May 2019, 793 people remained in arbitrary detention, including 58 women.

“They contributed to the deteriorating situation by exercising social control and helping repress demonstrations,” the OHCHR report says of the paramilitary groups.

In 2018, the Government registered 5,287 killings, purportedly for “resistance to authority” during operations, the report continues, adding that between 1 January and 19 May this year, another 1,569 people were killed, according to Government figures.

Turning to the country’s political crisis, the report notes that, so far this year, 22 deputies of the National Assembly have been stripped of their parliamentary immunity, as well as to the forum’s leader, Mr. Guaido.

People ‘have to queue 10 hours per day for food’

On the plight of ordinary Venezuelans, OHCHR insists that “large sections of the population have no access to food distribution.”

Women are particularly hard-hit, it continues, amid a “progressive scarcity and unaffordability of food” and reports that some are “spending an average of 10 hours per day queuing for food”.

Between November 2018 and February 2019, 1,557 people died because of lack of supplies in hospitals, the report notes, citing a national hospital survey.

Indigenous peoples are also shown to have been disproportionately impacted, amid a loss of control of their land to military forces, organised criminal gangs and armed groups.

“Mining, particularly in Amazonas and Bolivar…has resulted in violations of various collective rights, including rights to maintain customs, traditional ways of life, and a spiritual relationship with their land,” the report adds.

Despite the many violations detailed within her report, the UN human rights chief declared that she was “hopeful”, that the access she had been granted during her trip, as well as the willingness of the Venezuelan authorities to accept the presence of two human rights officers on the ground, marked the beginning of “positive engagement” on the country's many human rights issues.

The situation is complex, she said, but “the report contains clear, concrete recommendations for the way forward. I sincerely hope the authorities will take these recommendations in the constructive spirit in which they are made.”

in response to the High Commissioner’s comments, the Venezuelan representative to the Human Rights council dismissed her Office’s report, calling its contents “incomprehensible”, lacking in “scientific rigour” and omitting to mention the “immoral blockade” facing the country. 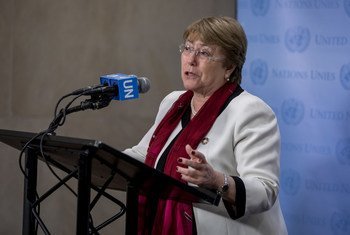 The UN human rights chief has expressed her deep concern over the alleged torture and subsequent death of a retired navy captain who had been imprisoned in Venezuela, urging authorities to conduct a prompt, thorough, independent, and transparent investigation into his death. 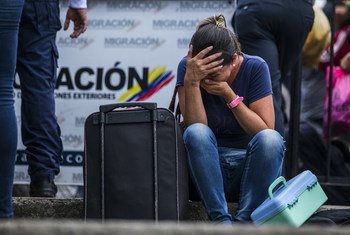