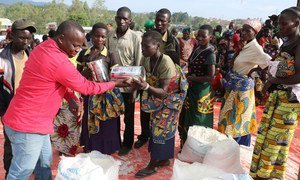 Food aid is being tripled for troubled Ituri province in the Democratic Republic of the Congo (DRC), to respond to what the World Food Programme (WFP) has described as the world’s second largest hunger crisis in the world, after Yemen.

In addition to worsening hunger, communities in north-east DRC face a deadly Ebola outbreak and inter-ethnic clashes that claimed at least 117 lives between 10 and 13 June, according to a recent report by the UN human rights office, OHCHR. 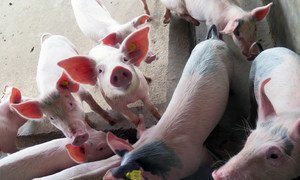 Small scale farmers account for a significant proportion of pig meat production in the vast region, and the outbreak is of particularly worrying for these producers, who may lack the expertise and funds necessary to protect their herds from the disease.

The UN human rights chief on Monday, expressed her “shock” over the alleged torture and subsequent death of a retired navy captain being held in Venezuela.

“I am shocked by the alleged torture of Captain Acosta Arévalo, and that his treatment in custody may have been the cause of his death,” said UN High Commissioner for Human Rights Michelle Bachelet, stressing that authorities conduct “an in-depth investigation, including an autopsy meeting international standards, that is both independent and transparent”. 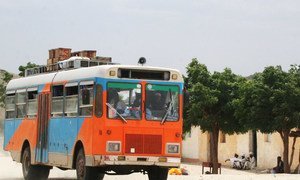 Updating the Human Rights Council on Eritrea, UN-appointed Special Rapporteur Daniela Kravetz welcomed the progress it has made towards a sustainable peace by with Ethiopia after signing a peace declaration last July.

But the Eritrean authorities “have not yet engaged in domestic reforms and the human rights situation remains unchanged”, Ms. Kravetz maintained.

In response, the Eritrean delegation rejected eight years of resolutions against its country, which it said sought to “vilify, isolate and destabilize” it and further complicate regional security and development.

The UN remains deeply alarmed over the humanitarian impact of hostilities in and around the de-escalation zone in the north-west part of Syria, said Spokesperson Stéphane Dujarric on Tuesday.

The fighting has left hundreds dead and injured during the past two months, and repeated attacks on civilian infrastructure has resulted in an increased level of displacement.

Hostilities, including airstrikes, artillery shelling and clashes, are largely concentrated in areas controlled by non-State armed groups in Idlib - the last bastion of opposition fighters - but also in Government-controlled areas.

An estimated three million civilians, one million of whom are children, are in imminent danger due to the violence, the UN said.

Since May, 330,000 women, children and men have fled their homes, mostly to overcrowded, overstretched areas.

Despite ongoing hostilities and limited access, the UN and its partners have maintained their humanitarian responses, including life-saving food, protection, education and clean water to hundreds of thousands of civilians in the north-west. 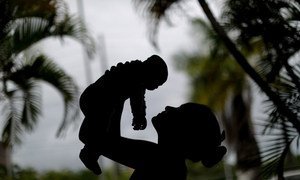 Pregnant women and couples intending to have a baby after travelling to places where Zika virus has been found should “consider the risks and possible consequences” of infection, the World Health Organization (WHO) said on Tuesday.

In a generally positive update on the spread of the mosquito-borne virus, which was linked to an unprecedented rise in the number of children born with unusually small heads in Brazil, the UN health agency said that Zika “persists”, but global transmission has been low since 2018.

Here’s spokesperson Christian Lindmeier: “The good news is that transmission is low. The challenge therefore is that because it is low, it’s more difficult to know with certainty where there is and is not transmission.

A total of 87 countries have or have had evidence of mosquito-borne Zika virus.

In addition to its advice to pregnant women or those wanting to become pregnant after travelling to destinations where Zika has been identified, WHO says that male travellers should take precautions up to three months after they have travelled to potential areas of transmission.

Listen to or download our audio News In Brief for 2 July on SoundCloud:

♦ Receive daily updates directly in your inbox - Subscribe here to a topic.
♦ Download the UN News app for your iOS or Android devices.
DR Congo|Venezuela|Eritrea|syria 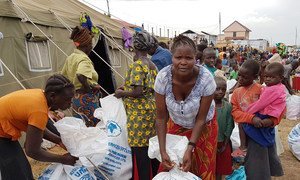 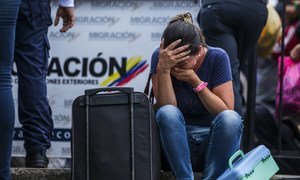