The UN human rights chief has expressed her deep concern over the alleged torture and subsequent death of a retired navy captain who had been imprisoned in Venezuela, urging authorities to conduct a prompt, thorough, independent, and transparent investigation into his death.

“I am shocked by the alleged torture of Captain Acosta Arévalo, and that his treatment in custody may have been the cause of his death,” said UN High Commissioner for Human Rights Michelle Bachelet in a statement on Monday. “I remind the Venezuelan authorities that they are responsible for the life, and the physical and psychological integrity of all people deprived of their liberty”.

After being detained on 21 June by unidentified armed men, Captain Rafael Acosta Arévalo’s whereabouts were unknown for seven days. Despite repeated requests, his family and lawyers were given no further information. The case may also constitute enforced disappearance, which is prohibited under international law.

A military tribunal of the Directorate General of Military Counterintelligence (DGCIM) tried the Captain on 28 June, along with four other military officers and two former security officers accused of plotting to assassinate President Nicolás Maduro.

According to his lawyer, Captain Acosta Arévalo was brought before the judge showing clear signs of having been tortured, unable to speak from his wheelchair. The judge sent him to a military hospital, where he died early on Saturday.

Regardless of making numerous requests, neither his family nor his lawyer have been given access to his body.

“I urge the authorities to conduct an in-depth investigation, including an autopsy meeting international standards, that is both independent and transparent”, Ms. Bachelet said, describing it as “essential” not only to shed light on what happened to him, but also “to facilitate bringing to justice those responsible for his death”.

Two weeks ago, Ms. Bachelet made the first ever visit to Venezuela by a UN human rights chief, and called on the Government to release all those imprisoned for peacefully protesting, and announced that a team from her office would be remaining in the country to monitor the human rights situation.

She welcomed the decision by the Attorney-General’s Office to open an investigation into the Captain’s death, noting that two DGCIM members have been charged with first-degree murder, however, regretted that torture allegations do not appear in the charges.

“I also call on the Venezuelan authorities to allow the other six military and former security officers detained along with Captain Acosta Arévalo to receive visits from their lawyers and relatives, to ensure they are treated with humanity and dignity and are protected from torture and other forms of ill-treatment,” Ms. Bachelet said.

“Structural measures should also be urgently adopted to prevent the recurrence of torture and other ill-treatment of people held in custody by the State”, she concluded. 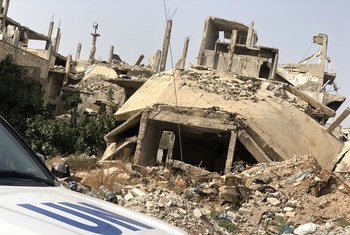 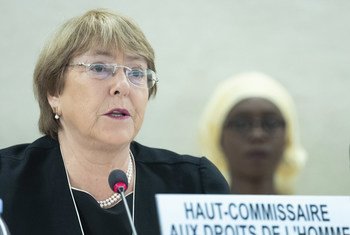