Over 80 per cent of schools in anglophone Cameroon shut down, as conflict worsens

UNHCR/Gaelle Massack
A school for refugees in Cameroon. Conflict has led to the closure of 80 per cent of schools in the anglophone regions of the country
21 June 2019
Peace and Security

More than 80 per cent of schools in the English-speaking North-West and South-West regions of Cameroon are closed, as the security situation and living conditions continue to deteriorate due to the three-year conflict between the Government and armed groups, the UN Children’s Fund, UNICEF, reported on Friday.

Speaking to journalists at the UN offices in Geneva, UNICEF Spokesperson Toby Fricker said that some 1.3 million people, including around 650,000 children, are now in need of some form of humanitarian assistance. Around 450,000 of these people, half of whom are children, are internally displaced.
Thousands of people do not have access to essential basic services, such as healthcare and safe drinking water, and livelihoods have been destroyed, the spokesperson told reporters. The ability of humanitarian organizations such as UNICEF to deliver aid, is being hamstrung by the conflict, he added.

Children and their families are suffering from the effects of armed violence; attacks on their homes and schools; abduction, sexual violence and recruitment into armed groups; and imposed lockdowns, or “ghost-town” days, set in place by non-State armed groups.

Future of an ‘entire generation’ at risk

The school closures are the result of a ban on education imposed by militia groups, which has affected more than 600,000 children, seen at least 74 schools destroyed, and exposed students, teachers and school personnel to violence, abduction and intimidation.

Mr. Fricker said that targeting education is “putting the future of an entire generation of children at risk, children who with the right support and opportunities can build a more stable and prosperous future.”

He pointed out that, when children are out of school, they face a higher risk of recruitment by armed groups and are more likely to be exposed to child marriage, early pregnancy, and the accompanying trauma and long-lasting emotional distress that these experiences bring.

UNICEF has helped some 15,000 displaced children attend formal schools in host communities outside the affected region, and trained teachers to provide psychosocial support for children dealing with the effects of conflict and displacement, said Mr. Fricker, adding that UNICEF is working with religious and community leaders to attempt to re-open schools

The three-year crisis in Cameroon escalated out of protests in the Anglophone region, calling for greater autonomy. Following a visit to the country in May, UN human rights chief Michelle Bachelet warned that the situation risks spiralling “completely out of control, if measures are not taken to reduce tension and restore trust”.

UNICEF has called on the parties to the conflict to protect all children and their families; allow humanitarian access to all people in need, according to international humanitarian law; and to protect and re-open schools, and ensure safe learning spaces for children, without conditions.

‘Forgotten crisis’ in Cameroon, with attacks on the rise, millions in need of ‘lifesaving assistance’ 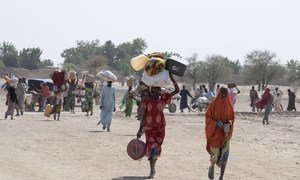 The UN human rights chief on Monday welcomed Cameroon’s willingness to cooperate over finding workable solutions to “major human rights and humanitarian crises”, caused by months of serious unrest and violence across the west and north of the country. 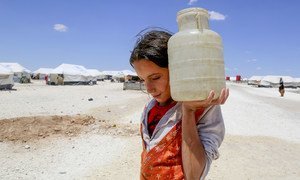