World Bank/Natalia Cieslik
Children walk on road in Gaza, where the UN Relief and Works Agency for Palestine Refugees (UNRWA) maintain food assistance to over one million Palestine refugees.
20 June 2019
Peace and Security 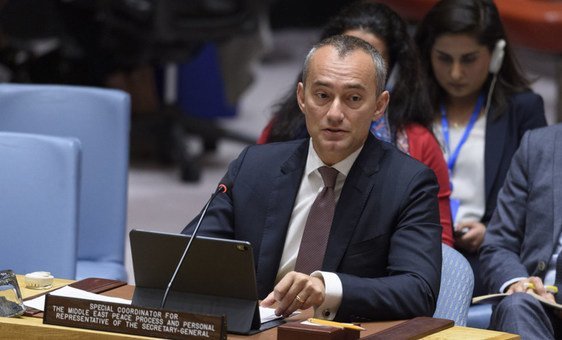 “The persistent threat of war; unilateral actions that undermine peace efforts; and severe challenges to the fiscal viability of the Palestinian Authority” also gnaw into the scenario, Nickolay Mladenov, the UN Special Coordinator on the Middle East Peace Process stated.

Mr. Mladenov updated the Council on the situation in the Middle East between 25 March and 10 June 2019, and highlighted that the UN Relief and Works Agency for Palestine Refugees (UNRWA) “continues to face significant financial challenges” and is operating on a projected shortfall of $211 million if its $1.2 billion budget for the year.

“This could impact operations, including UNRWA’s ability to maintain food assistance to over one million Palestine refugees in Gaza”, he explained, calling upon Member States to support its 25 June Pledging Conference in New York.

While Security Council resolution 2334 (2016) calls on Israel to “cease all settlement activity in the occupied Palestinian territory”, he said that “no steps have been taken to this effect”.

On the contrary, “Israeli authorities advanced, approved or tendered nearly 6,000 housing units in the occupied West Bank, including East Jerusalem”, he reported, saying that it constituted “the largest settlement advancement in two years”.

The Special Coordinator noted that some 20 per cent of all the plans advanced or tendered were in settlements “deep inside the West Bank”.

He said that Israel’s National Infrastructure Committee rejected a series of objections against a controversial plan to construct a cable car between West Jerusalem and the Old City – raising concerns among East Jerusalem’s Palestinian residents that it “seeks to deepen Israeli control over the area”.

Citing the absence of Israeli-issued building permits, Israeli authorities continue to demolish and seize Palestinian-owned structures across the occupied West Bank, according to Mr. Mladenov.

“As the Middle East Quartet already highlighted in its 2016 report, these permits are nearly impossible for Palestinians to obtain”, he stated.

Noting “a very dangerous escalation of violence in Gaza, and continued violence in the occupied West Bank”, Mr. Mladenov recalled that resolution 2334 also calls for “immediate steps to prevent all acts of violence against civilians, including all acts of terror, as well as all acts of provocation and destruction”.

He outlined number of incidents, including some 700 projectile missiles that continued to be launched from Gaza, starting fires in southern Israel. And the Israel Defense Forces’ (IDF) report that it hit over 300 militant targets in Gaza.

Mr. Mladenov cited Israeli aggression as well, such as the death of some nine Palestinians, including three children, on 30 March, when 50,000 Palestinians demonstrated for the anniversary of the Great March of Return; and the shooting death of a 15year-old Palestinian boy arrested for throwing stones, who, while blindfolded, attempted to escape.

Although the resolution also calls upon the parties to refrain from provocative actions, incitement, and inflammatory rhetoric, “unfortunately, such actions continued”, lamented the UN envoy, detailing violations on both sides of the Palestinian question.

Although “some positive developments were witnessed”, most notably regarding the critical humanitarian and socio-economic needs in Gaza, Mr. Mladenov lamented that “they were significantly overshadowed by the negative trends”.

While updating the Chamber on efforts to address “the dire situation in Gaza”, he stressed the need “to find a sustainable and comprehensive solution” to establish “conditions for a lasting peace”.

In closing, Mr. Mladenov observed that a lack of progress to create conditions for the parties to return to meaningful bilateral negotiations “remains critical”.

“Yet we must be clear,” said the Special Coordinator, pointing out that “no amount of humanitarian or economic support will resolve the conflict” because it requires “political solutions”.

♦ Receive daily updates directly in your inbox - Subscribe here to a topic.
♦ Download the UN News app for your iOS or Android devices.
security council|Middle East 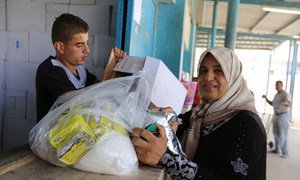 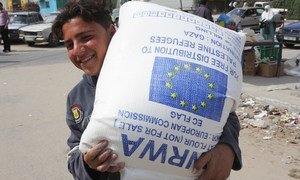