Addressing the Security Council at UN Headquarters in New York on Wednesday, the head of the UN Mission in Mali, MINUSMA, said that amid ongoing violence, including scores of civilian deaths and deadly attacks on UN peacekeepers, a critical phase of the peace process had now been reached.

Mahamat Saleh Annadif expressed his belief that the existing peace accord between armed groups and the Malian Government still provides opportunities for real progress, over the next six to 12 months. However, whilst civil society is represented in the structures set up in the wake of the 2015 Peace Accord, women, he said, remain under-represented.

The Malian Government has been seeking to restore stability and rebuild following a series of setbacks since early 2012 that fractured the country, including a military coup d'état, renewed fighting between Government forces and Tuareg rebels, and the seizure of its northern territory by radical extremists.
The nomination of Prime Minster Boubou Cissé, on April 22 this year; the signing of a governance deal between the majority party and the opposition; and the formation of a broad-based government; marked a new phase in the peace process, added Mr. Annadif.

These events have opened the way for political and institutional reforms, including the creation of a development zone in the north of Mali. The administration’s return to the region, he said, promises to allow the population to access basic services, one of the key objectives of the peace deal.

However, the senior UN official warned that this "ray of hope” can only be transformed into a real opportunity if there is a marked improvement in the security situation, particularly in the turbulent centre of the country, scene of the attacks on the village of Sobane-Da during the night of June 9 and 10, and the Koulougon and Ogassagou massacres in January and March.

MINUSMA/Marco Dormino
UN human rights investigators accompanied by peacekeepers from the UN mission in Mali, MINUSMA, meet villagers in central Mali after their homes were attacked in February 2019.

Ending impunity from justice, and the ‘vicious cycle’ of violence

The “vicious cycle" of violence, continued Mr. Annadif, risks inciting the population to mete out their own form of justice, and highlights the importance of the fight against impunity. MINUSMA, he said, has made considerable efforts to establish the facts in the cases of inter-ethnic and terror-related attacks, and has provided the government with recommendations for action.

The UN Peacekeeping force in Mali is now, said Mr. Annadif, much more proactive: whereas the majority of troops formerly protected UN bases, today, at least 70 per cent are now on the ground, protecting civilians and humanitarian aid convoys.

He went on to praise the strong coordination between the UN Mission and other partner organizations ─ such as the African Union, the Economic Community of West African States (ECOWAS), and the European Union ─ which has produced positive results.

Mr. Annadif concluded his briefing by reiterating that Mali has reached a decisive turning point in the peace process, thanks to the work of MINUSMA, the engagement of the signatories to the peace process, and other partners. He called on the Security Council to extend the mandate of MINUSMA, in order to consolidate the security and political gains made so far. 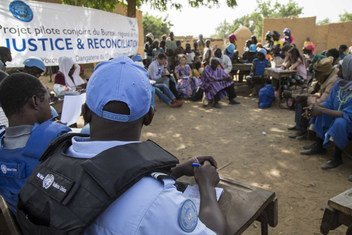 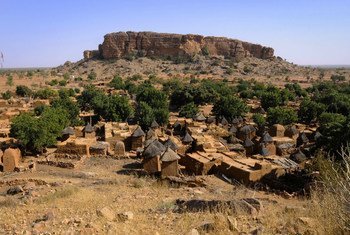