World Bank/Arne Hoel
Woman working at her office at an export promotion agency.

In a 45-minute speech at the International Labour Organization’s Centenary conference in Geneva, Mr. Macron insisted that the accumulation of wealth in the hands of the few from globalization had created a “law of the jungle”, which had opened the door to damaging nationalism, xenophobia and disillusionment with democracy.

“This market economy in which we are living is much less social than we wanted at the end of the Second World War…it’s leading to much more accumulation of income and corporatism,” he said. “This is a crisis that can seem less severe because the victims don’t have much of a voice - they are spread apart, not unified - and we have not yet seen a war coming out of this, but the crisis is there.”

Insisting that the world faced “a profound crisis” on a par with the post-conflict uncertainty of 1919 and 1944, the French President warned that it was in such situations that authoritarianism appeared to offer easy solutions, such as building walls to protect people from rampant capitalism and ending cooperation between countries.

French President @EmmanuelMacron delivered a strong endorsement of the @ILO’s tripartite methodology during his address at the ILC. #ilo100 pic.twitter.com/Cl9tzqVXx4

In defence of international solidarity and the fight against inequality, Mr. Macron called for a minimum wage in the European Union (EU).

Failure to do so risked seeing the workers of more EU States leaving home in large numbers to work elsewhere in the bloc, where there was a guaranteed minimum wage, such as France and Germany.

“We didn’t make Europe for that,” Mr. Macron said, noting that the economic arrangement worked well for France, but not for the countries where the workers came from.

Ahead of the French President’s speech, German Chancellor Angela Merkel applauded the ILO’s ethos that the role of an economy was to “serve the people, and not the other way around”.

While she congratulated the ILO for its efforts to make the world of work a fairer place since it was founded after the First World War, Ms. Merkel nonetheless insisted that it was needed today as much as ever.

The issue of child labour was a case in point, she argued, noting that of the 152 million children forced to work globally, some 73 million were involved in hazardous activities.

“That is certainly unacceptable and we have to tackle this together,” she urged delegates in support of ILO’s initiative to end the scourge globally, by 2025. “In this closely integrated, interconnected world we have to make more of an effort to turn economic growth into social progress, in which each and everyone - also children - participate.”

Globalization had also created injustices which had led to 232 million labour migrants being exploited in sectors such as construction and domestic settings, the German Chancellor continued, while 700 million people lived in poverty, despite the fact that they were working.

“Labour is not a commodity,” Ms. Merkel said, reading an ILO declaration written in 1944. “Poverty anywhere constitutes a danger to prosperity everywhere. The war against want requires to be carried on unrelenting vigour within each nation and by continuous and concerting international effort.”

Echoing the importance of continuing cooperation between States, Russian Prime Minister Dmitry Medvedev recalled the “dismal end” of the League of Nations ahead of the Second World War, before insisting that international architecture was “very fragile”.

A common understanding on how challenges to the modern workplace was needed, he suggested, pointing to driverless car technology currently in development, that risks making millions of taxi and lorry drivers jobless.

And recalling Russia’s own experience with revolution more than 100 years ago, Mr. Medvedev noted that responding to workers’ needs and society’s demands was crucial, as ignoring them “leads to lamentable ramifications”.

The same goes for some States, he added, as well as the global economy and the global system of relations in general. 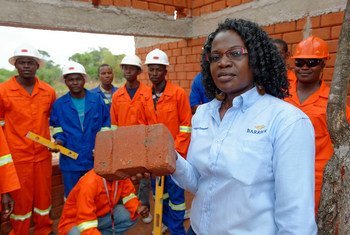 Businesses perform better – sometimes by as much as 20 per cent – when they employ more women in top positions, UN labour experts said on Wednesday, warning nonetheless that most still pay lip-service to the idea of gender equality in the boardroom. 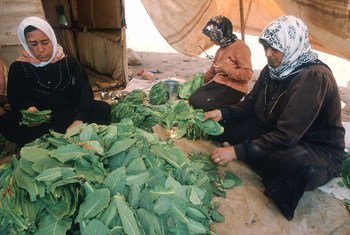 Stress, excessively-long working hours and disease, contribute to the deaths of nearly 2.8 million workers every year, while an additional 374 million people get injured or fall ill because of their jobs, the UN labour agency, ILO, said on Thursday.