The global scale of sexually transmitted infections (STI) should be a “wake-up call” to governments, UN health experts said on Thursday, citing data showing that one in 25 people today have “at least one” curable STI, which occur at a rate of more than one million a day worldwide.

Highlighting the “concerning lack of progress” by countries in stopping the spread of these and other STIs, the World Health Organization (WHO) warned that if left untreated, they can have a profound impact on the health of teens, adults and unborn children.

“This is a wake-up call for a concerted effort to ensure everyone, everywhere can access the services they need to prevent and treat these debilitating diseases”, said Dr Peter Salama, Executive Director for Universal Health Coverage and the Life-Course at WHO.

Negative effects of the four curable STIs covered in the report – chlamydia, gonorrhoea, syphilis and trichomoniasis - include neurological and cardiovascular disease, infertility, pregnancy complications, stillbirths, and an increased risk of HIV.

'No substantial decline' in infection levels

“On average, these data translate to one in every 25 people globally having at least one of these curable STIs with some of them experiencing multiple infections at one time,” said Dr Melanie Taylor, Medical Epidemiologist  at WHO’s Department of Reproductive Health and Research.

Noting the “incredibly high global burden” of STIs, Dr Taylor added that since WHO last published estimates on curable STI levels in 2012, “there has been no substantial decline” in infection levels.

© UNHCR/Brian Sokol
Women at a camp for displaced people in the Democratic Republic of the Congo discuss the prevention of sexually transmitted infections like HIV. (file 2014)

Of more than 376 million infections highlighted in the report, trichomoniasis was the most common, with 156 million cases. This was followed by chlamydia (127 million cases) and gonorrhoea (87 million) while syphilis (6.3 million) caused an estimated 200,000 stillbirths and newborn deaths in 2016, making it one of the leading causes of baby loss globally.

While bacterial STIs can be treated and cured with widely available medications, WHO has warned that recent shortages in the global supply of benzathine penicillin has made it more difficult to treat syphilis.

Antimicrobial resistance to gonorrhoea treatments is also becoming a growing health threat, and may lead eventually to the disease being impossible to treat, it warns. In total, more than 30 different bacteria, viruses and parasites are known to be transmitted through unsafe sexual contact.

Some can also be transmitted by infected blood or blood products, along with contaminated needles shared by drug-users.

Apart from the four curable STIs covered in the WHO report, another four are incurable viruses: hepatitis B, herpes simplex virus (HSV or herpes), HIV and human papillomavirus (HPV). WHO notes that many STIs - including chlamydia, gonorrhoea, hepatitis B, HIV and syphilis - can also be transmitted from mother to child during pregnancy and childbirth.

While someone with a STI may display no obvious sign of it, common symptoms include vaginal discharge, urethral discharge or a burning sensation when urinating in men, genital ulcers and abdominal pain.

Symptoms or disease due to the incurable viral infections can be reduced or modified through treatment.

Among its recommendations, WHO advocates for “correct and consistent” condom use and sexual health education.
Timely and affordable testing and treatment are also crucial for reducing the burden of STIs globally, the UN agency insists, while also calling for pregnant women to be systematically screened for syphilis and HIV.

♦ Receive daily updates directly in your inbox - Subscribe here to a topic.
♦ Download the UN News app for your iOS or Android devices.
sexual and reproductive health|Syphilis 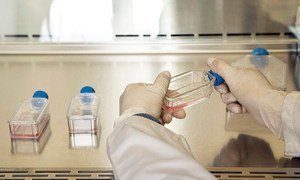 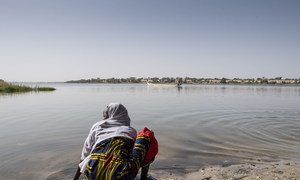