In a statement, Senior Spokesperson for the World Food Programme (WFP), Herve Verhoosel, said that after more than four years of brutal conflict between Houthis and a Government-led coalition for control of the country, “our greatest challenge does not come from the guns” but instead “the obstructive and uncooperative role of some of the Houthi leaders in areas under their control.”

He said humanitarians working in Yemen were being denied access to the hungry, with aid convoys blocked, and local authorities interfering with who gets food.

‘This has to stop’

“There have been repeated obstacles placed in the way of our independent selection of beneficiaries...This phased suspension of WFP operations will be taken as a last resort - WFP's Herve Verhoosel

He said after repeated warnings to stop diverting food, progress with violators now needed to be made. “This phased suspension of WFP operations will be taken as a last resort and we will do everything within our powers to ensure that the weakest and most vulnerable – especially children – do not suffer.” He added that relief efforts which “directly target malnourished children and women will continue, in order to mitigate any regrettable impact that a partial suspension may have on their health and well-being. We owe this to the people of Yemen and our international donors who support our operation.”

The Senior Spokesperson noted that some of the Houthi leaders had made “positive commitments” and were working closely with WFP to allow a “fully independent humanitarian process of selecting the most needy” to become a reality. But others had “unfortunately broken assurances they gave us”.

He said a previous impasse with the Saudi-led coalition in 2017, had been successfully resolved over their refusal to allow new cranes and vital aid shipments into the crucial port of Hudaydah: “The coalition leaders listened and in time, the cranes were delivered, and the port was reopened to aid.”

WFP still hopes that good sense will prevail and a suspension will not happen”, said Mr. Verhoosel. “The ultimate responsibility for the welfare of their people lies with the Yemeni leadership.  If WFP is allowed to deliver an operation that meets minimum international standards, we are still ready to play our part and to ensure a better future for the millions of Yemenis who are struggling to feed their families.”

Around 360,000 children in Yemen are suffering severe acute malnutrition, and UN relief chief Mark Lowcock, told the Security Council last week that the “spectre of famine still looms”, with a resurgence of deadly cholera sickening 300,000 Yemenis this year alone. 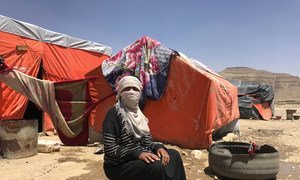 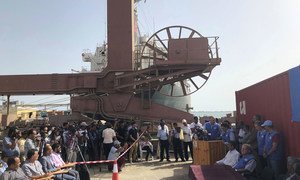