UNICEF
A total of 894 children, including 106 girls, have been released in Maiduguri, north-east Nigeria, from the ranks of the Civilian Joint Task Force, a local militia that helps the Nigerian security forces. (10 May 2019)

“Today, 894 children, including 106 girls, were released from the ranks of an armed group called (the) Civilian Joint Task Force (CJTF) in Maiduguri, north-east Nigeria as part of this group’s commitment to end and prevent the recruitment and use of children,” said Spokesperson Christophe Boulierac.

According to the UN agency, the children of the troubled region “have borne the brunt of years of conflict”, linked to an insurgency led by armed extremist opposition groups.

“They have been used by armed groups in combatant and non-combatant roles and witnessed death, killing and violence,” UNICEF said in a statement, noting that the CJTF was formed in 2013 to protect communities and help the Nigerian military fight against separatists.

Hope at last! 🙏🏾894 children were today officially separated from the ranks of an armed group in #Borno. They will access reintegration support which includes #education, psycho-social support &amp; vocational skills, thanks to support from @EUinNigeria @noradno @SwissMFA &amp; partners pic.twitter.com/EnnHxyqKVw

Friday’s mass-release in regional capital Maiduguri, follows the CJTF’s commitment in September 2017 to end and prevent recruitment and use of children, as part of a UN-led action plan.

In total, 1,727 children and young people have now been released by the CJTF, and UNICEF says that it has not recruited any more children since then. Between 2013 and 2017, the UN agency believes that more than 3,500 children have been recruited and used by non-state armed groups in north-east Nigeria.

Others have been “abducted, maimed, raped and killed”, it says, amid ongoing clashes, mass displacement and alarming levels of food insecurity.

Highlighting the scale of need in a report released earlier this week, UN humanitarian coordinating office OCHA, said that the organization and its partners reached more than 1.2 million people with food security assistance across Borno, Adamawa and Yobe states in March.

Nearly 20,000 children under the age of five were treated for severe acute malnutrition, OCHA said in a statement, adding that humanitarians provided protection services to 87,000 people, while more than half a million people gained access to sanitation facilities.

“The children and young people released today will benefit from reintegration programmes to help them return to civilian life and seize new opportunities for their own development,” Mr. Boulierac told journalists in Geneva. “Without this support, many of the children released from armed groups struggle to fit into civilian life as most are not educated and have no vocational skills.”

At least 9,800 people formerly associated with armed groups, as well as vulnerable children in communities, have accessed rehabilitation services between 2017 and 2018, the UNICEF spokesperson added.

Speaking in Nigeria, Mohamed Fall, UNICEF Representative and Co-chair of the UN Task Force on Monitoring and Reporting on Grave Child Rights Violations (CTFMR) reaffirmed his commitment to liberating and helping youngsters caught up in the conflict.

“We cannot give up the fight for the children, as long as children are still affected by the fighting. We will continue until there is no child left in the ranks of all armed groups in Nigeria,” he said.

'Finally put an end to recruitment and use of children' - Gamba

The UN Special Representative for Children and Armed Conflict, Virginia Gamba, welcomed the latest release from the CJTF.

“Today, hundreds of freed children will get to go home with their family and will begin a reintegration process that will enable them to fully regain their place into their communities", she said.

"I call on the CJTF to continue to take tangible measures to better protect children and to release all children from its ranks and finally put an end the recruitment and use of children, as per its commitment with the United Nations", she added.

Ms. Gamba also called on the international community to provide the necessary resources to UNICEF and its partners "for the reintegration of these children, so they can benefit from comprehensive reintegration services."

More than 70 grave violations against children caught up in war, being recorded daily: UNICEF 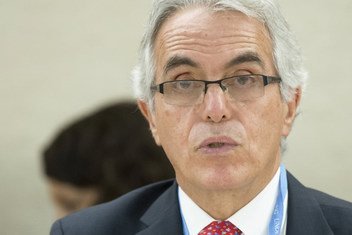 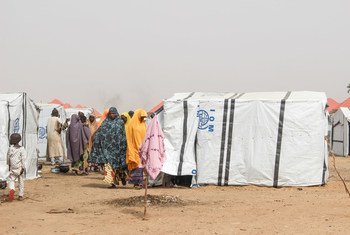