UN Photo/Violaine Martin
Ravina Shamdasani, Spokesperson for the Office of the UN High Commissioner for Human Rights (OHCHR) briefs the press at the Palais des Nations in Geneva, Switzerland. 7 September 2018.
7 May 2019
Human Rights

The release of two prize-winning Reuters journalists jailed in Myanmar after reporting on the massacre of Rohingya Muslims has been welcomed by the UN human rights office, OHCHR, which warns however that press freedom there remains “dire”.

In a statement given to the global news agency, UN Secretary-General António Guterres said that he was “relieved” to learn of their release.

Reuters journalists Wa Lone, who is 33, and Kyaw Soe Oo, 29, were convicted and sentenced to seven years in jail last September, after being convicted of breaking the Official Secrets Act.

They had been investigating the killing of 10 ethnic Rohingya Muslim men by security forces and Buddhist civilians in western Rakhine State, during an army operation that began in August 2017.

The UN country team in Myanmar released a statement welcoming their release, saying that the it marked a "step forward" towards improving press freedom, and should be seen as a "sign" of Government commitment to the continuing democratic transition. "The UN stands ready to continue to support Myanmar in its complex transition process" said the statement from Yangon.

OHCHR Spokesperson Ravina Shamdasani said that while it was good news that Wa Lone and Kyaw Soe Oo had been released after more than 500 days in custody, “they should never have been convicted and arrested in the first place”.

"Our office, you may recall had put out a report in September last year, right after their sentences were first confirmed, and that report detailed the very dire situation for freedom of expression in Myanmar, and this has not changed," she said, while also citing concerns about “flaws” in the judicial process that led to the journalists’ conviction, as well as the use of “restrictive legislation…to limit freedom of the press and to silence dissent in the country”.

The two journalists were released along with more than 6,500 inmates on Tuesday, as part of an annual amnesty which has seen thousands of other prisoners pardoned since last month.

The report the two men authored featured testimony from the alleged perpetrators, witnesses and families of the victims. It was awarded the prestigious Pulitzer Prize in New York, for international reporting in April, as well as the 2019 UNESCO/Guillermo Cano World Press Freedom Prize.

Describing the journalists’ “dedication” and “courage” as an inspiration to others, UNESCO Director-General Audrey Azoulay insisted on Tuesday that their release had helped to advance Press freedom.

“This is a relief for them, their loved ones, but also a positive step forward for press freedom,” she said. “UNESCO recalls that it is essential to the functioning of our democracies that journalists can carry out their mission without fear of reprisals.”

The widespread military action reported on by the Reuters journalists prompted hundreds of thousands of Rohingya to flee across the border to Bangladesh, leading the then UN human rights chief, Zeid Ra’ad Al Hussein, to describe the exodus as a “textbook example of ethnic cleansing”.

Today, around a million Rohingya refugees remain in camps in southern Bangladesh, amid ongoing UN-led efforts to repatriate them when conditions are deemed sufficiently safe for them to do so.

♦ Receive daily updates directly in your inbox - Subscribe here to a topic.
♦ Download the UN News app for your iOS or Android devices.
Myanmar|freedom of the press 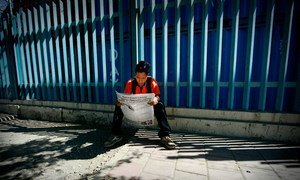 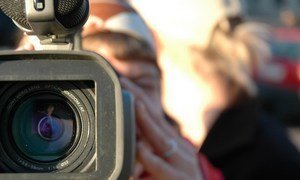