UNICEF/Grove Hermansen
A young child walks through the streets in Aleppo, Syria. (April 2019)

The UN has said it is “gravely concerned” over reports of a worsening humanitarian situation facing civilians across northwest Syria, with rising casualties, and “waves of displacement” due to intensifying conflict.

Briefing reporters at UN Headquarters in New York on Thursday, Spokesperson Stéphane Dujarric, said that over the past 48 hours, “at least seven people have reportedly been killed in south rural Idlib, while two were reportedly killed in Hama governorate yesterday.”

Dozens of people were also reportedly injured in Idlib, Hama and Aleppo governorates due to fighting, which news agency reports said had intensified due to Government and Russian airstrikes and shelling on Wednesday night, quoting local sources.

Villages were reportedly hit which lie within a demilitarized buffer zone, agreed by Russia and Turkey on the border between northern Hama and southern Idlib last September, which has been credited with averting a major offensive against what is the last main rebel-held area of the country.

Mr. Dujarric said that more than 300 civilians had “apparently lost their lives due to hostilities in the northwest in the last three months, 60 of them in April alone.”

The new wave of fighting has triggered large-scale displacement from the Idleb border area, and there are also reports of villages being deserted, after resident fled for their own safety, the UN Spokesperson added.

Around 323,000 people are estimated to have been displaced in the northwest since September of last year. “The United Nations reminds all parties to the conflict of their obligations under international humanitarian law and human rights law to ensure the protection of civilians and civilian infrastructure and calls on all parties to the conflict to exercise restraint,” said Mr. Dujarric.

On Friday, talks are due to held in Geneva among members of the so-called Small Group on Syria working towards a longterm peace deal, involving the UN Special Envoy to the country, Geir Pedersen, who briefed the Security Council earlier this week, warning about the escalation of fighting in the northwest.

“External intervention poses real threats to international peace and security”, he told the Council. “Five international armies operate across Syria’s land and airspace, in tension or even in conflict, generating risks for dangerous escalation. These risks must be contained and ultimately removed.” 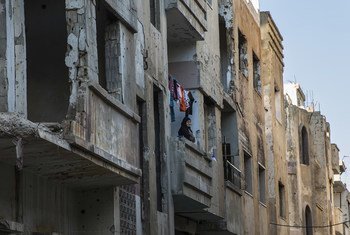 It will take “action and tangible progress” between Syrian Government and opposition leaders, not just dialogue, to bring about lasting peace said the UN Special Envoy for the war-torn country on Tuesday, stressing that Syria “contains many threats for renewed escalation”. 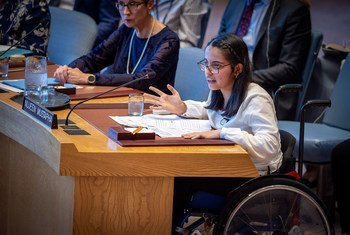