UN Photo/Manuel Elías
Rosemary DiCarlo, Under-Secretary-General for Political and Peacebuilding Affairs, briefs the Security Council on the situation in the Middle East. 29 April, 2019.

The UN is “continuing to address the humanitarian, economic and political crisis in the Occupied Palestinian Territory” but efforts are continually undermined by the lack of any political progress towards a two-State solution, said the head of UN Political and Peacebuilding Affairs (DPPA) on Monday.

Rosemary DiCarlo was briefing the UN Security Council on the latest situation in the Middle East and said hopes for two States living side by side in peace, “continue to be replaced by the rising fears of future annexation. The possibility of establishing a viable and contiguous Palestinian State continues to be eroded by facts on the ground.”

The UN had “repeatedly warned that the conflict cannot be managed in perpetuity”, she said, adding that without any change in approach, there would only be more deterioration, “radicalization on all sides, more suffering and conflict.”

The political and peacebuilding chief told Council members that Israeli settlements continue to expand, despite having “no legal effect” and constituting a “violation of international law”.

In a continuing cycle of violence, Ms. DiCarlo noted that out of seven Palestinians overall, four children had been killed in Gaza by Israeli forces in the first quarter of the year, with 1,316 injured during ongoing protests, centred around the border fence. She condemned violence on both sides, and reminded Israel lethal force could only be used “in response to an imminent threat of death or serious injury as a last resort.”

The DPPA chief said that was making “important progress” in implementing a programme of humanitarian aid and economic support to stabilize the situation in the Gaza Strip, which continues to be blockaded by Israel, and subject to intra-Palestinian strife, between the extremists of Hamas and the West Bank-based Fatah faction.

“As we consistently reiterate, at its core the crisis in Gaza is political”, she said. “Significant progress on the lifting of the closures and advancing intra-Palestinian reconciliation remain essential.”

She said over the past year, $110 million had been raised for fuel, health, water, sanitation and job programmes in Gaza, while $4.6 million had been put aside since September to help delivery essential medications and support some 9,500 surgeries.

Turning to the border demarcation between southern Lebanon and northern Israel, or “Blue Line”, Ms. DiCarlo said the situation was calm, although the UN Interim Force in Lebanon, UNIFIL, has now confirmed the existence of five tunnels which have been dug under the border, “three of which it has confirmed cross the Blue Line, and constitute a violation of resolution 1701”, said Ms. DiCarlo.

As we mobilize in each crisis to address the critical needs of the Palestinian population, be it in Gaza or the West Bank,” she concluded, “we shall not lose sight of the core political issue, namely the prospect of two peaceful and secure states living side by side in harmony.

“This imperative compels us all to work with the parties, bring them back to the negotiation table and urge them to avoid unilateral actions that undermine the prospect for peace” she added. “Only determined action by the parties themselves can salvage the two-State solution.” 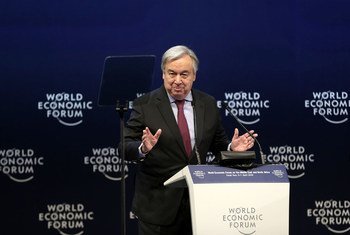 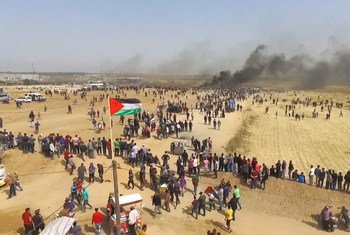