A world first: Women at the helm of every UN Regional Commission

Although United Nations Regional Commissions have been in existence for more than 70 years, for the first time ever, each one is currently headed by a woman designated by Secretary-General António Guterres. This accomplishment underscores that, since the day he took office, the UN chief has been determined to achieve gender parity by 2030 as part of the Agenda for Sustainable Development.

UN News spoke to some of these women leaders, about the steps being taken to make Sustainable Development Goal 5 (SDG 5), on women’s empowerment, a reality. 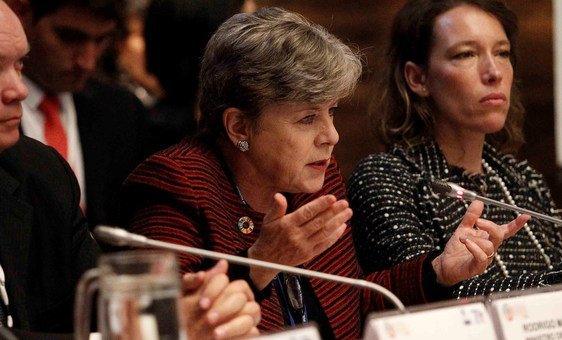 Alicia Bárcena, Executive Secretary for the Economic Commission for Latin America and the Caribbean, known as ECLAC, detailed some of the battles her region faces, such as slow economic growth, high debt, a deterioration in quality employment and increased poverty.

She sees these “long-term challenges” as threats to gender equality, such as “gender gaps in labor markets, the overload of women's unpaid work, their limited access to credit and productive assets, and women lacking their own income”.

At the same time, incorporating technological change “raises new questions about its disruptive effects on societies and especially on gender equality”.

Ms. Bárcena pointed out that although their political participation across the region has risen steadily over the past few decades, women only hold 30 per cent of seats in the region’s parliaments, which is far below the parity-based target.

“There is an urgent need to remove the key barriers hindering women’s participation in order to generate the conditions for the full exercise of women's citizenship and autonomy in decision-making”, she stated. “To do so, it is important to achieve parity in the distribution of power, resources and time”.

Proudly, she said that under her leadership, ECLAC has achieved gender balance among in senior management, adding “and I am now progressively pushing forward for achieving a similar balance at other levels”. 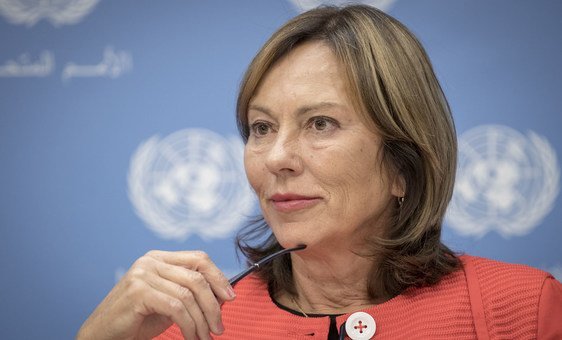 Oľga Algayerová, Executive Secretary for the Economic Commission for Europe, called UNECE, told UN News that by appointing women as UN Regional Commission heads, the Secretary-General is making “a clear call” to ensure that gender parity is “a reality in our regional organizations”.

“In the UNECE region, the political and economic landscape now looks far more balanced than it did some decades ago”, she asserted.

Ms. Algayerová explained that as a women leader, she is especially sensitive to women’s situations and needs. And as such, she can be more persistent in searching for gender-responsive solutions and broad-based decisions “in consultations with women’s groups” and others.

“I am often approached by women of different ages from civil societies, academia and governments, and I listen to their concerns”, she said.

“Gender equality and the empowerment of women has always been very dear to my heart”, she continued. “In all my previous positions which I have held both in my country, Slovakia, and abroad, I have been a strong advocate for gender equality”.

According to the ECE chief, meeting SDG5 means: ending all forms of violence and discrimination against women and girls; valuing unpaid care and domestic work; and ensuring decent work for all.

“It is a gigantic task, requiring urgent action and pooling all resources to eliminate the root causes of gender inequalities”, she argued. To address this, Ms. Algayerová flagged the need to measure inequalities and provide data to identify what drives gender gaps and why imbalances persist in all spheres of life at country, regional and community levels.

“Only policies based on empirical evidences can be effective instruments to tackle the multifaceted forms of gender inequalities” she concluded.

Asia and the Pacific: Armida Alisjahbana 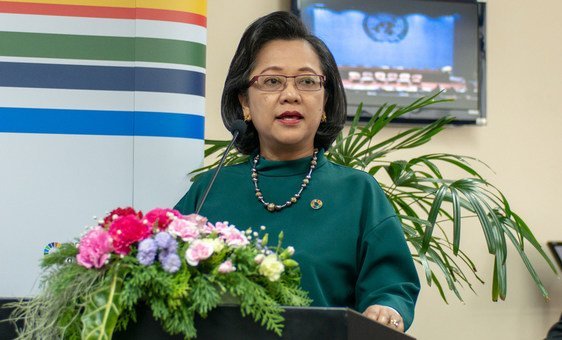 ESCAP/Diego Montemayor | Armida Alisjahbana, Executive Secretary of the Economic and Social Commission for Asia and the Pacific (ESCAP).

For her part, Armida Alisjahbana, Executive Secretary of the Economic and Social Commission for Asia and the Pacific, or ESCAP, told UN News that while “significant progress” has been made in her region, economic and social inequalities persist.

“Growing disparities in income and wealth disproportionately affect women, especially those in vulnerable situations”, she said, pointing out that “for every 10 men who are in employment, there are only six women working”.

What’s more, she lamented, “women are overrepresented in low-paying jobs, with little social protection provisions” and “have less access than men to financial services and productive assets, including land, capital, and information technologies”.

On the political front, Ms. Alisjahbana said that women’s representation in Asia and the Pacific continues to be low in comparison with other regions of the world.

“As of 2018, the proportion of seats held by women in the national parliaments is 18 per cent, while the global average is 24 per cent”, she stated.

“Addressing such gaps is not only a matter of attaining fundamental rights for women, but also critical to the inclusive economic growth and sustainable development of the region as a whole” Ms. Alisjahbana stressed. 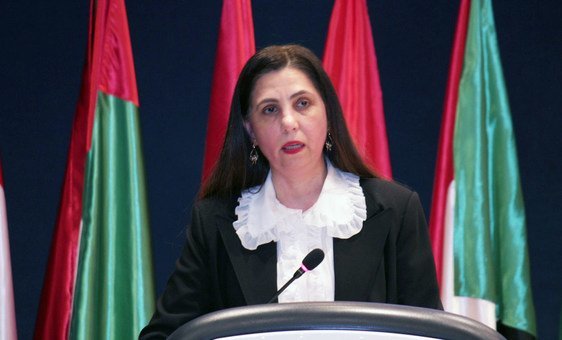 Rola Dashti, Executive Secretary of Economic and Social Commission for Western Asia (ESCWA), shared with UN News her view that leadership is “not a privilege” but a “responsibility with accountability”.

Woman or man, an “all-weather leader” must work “in a responsible, efficient and effective manner to achieve the desirable goals”, she believes.

Ms. Dashti expressed pride in that she could be “a good example” of women’s ability to “carry out substantive tasks and achieve the mission assigned”.

Against the backdrop of an Arab region embroiled in conflicts, war, displacement and grave economic and environment crises, the ESCWA chief said this situation aggravates the already “complicated task” of meeting SDG5.

She painted a picture of the existing problems facing women, “such as domestic and sexual violence; unemployment; and discrimination in public office” and recommended, “within the few years remaining until 2030”, as “the best course of action”, to “identify common priority areas” across Arab countries to help implement responses at the regional level that would “benefit all”.

She assured that ESCWA places women's issues “at the forefront of its work” and underlined that “despite gender stereotypes and cultural barriers”, the aspirations of women and girls “are attainable” with “self-recognition, confidence and perseverance”.

“To every woman and girl, she concluded by saying: “Your horizon is your dream!” 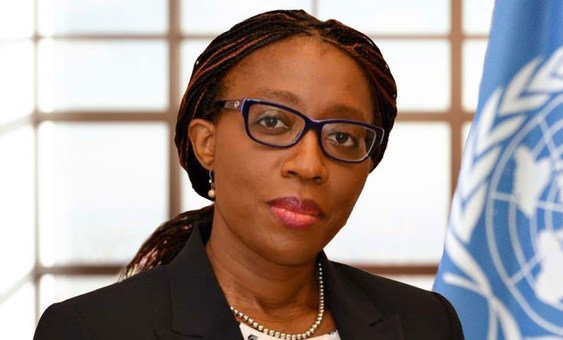 Ms. Songwe told UN News that the continent is seeing more and more competent women in leadership – in places such as Ethiopia, Rwanda, the Seychelles and South Africa – but that women still face obstacles, such as age-old false perceptions about women.

“We must continue to lift more women up and speak for them,” Ms. Songwe said by email from Addis Ababa, Ethiopia.

Working in the Economic Commission allows Ms. Songwe to work on one of her passions – empowering women economically. With the backing of traditional partners – such as the African Bank, the African Development Bank and the Regional Economic Communities – UNECA supports the African Women’s Leadership Fund, which aims to give greater opportunities to women entrepreneurs.

She also spoke about the need to hire more women into the workforce and to mentor their process.

“It is a challenging task but we believe achievable and we continue to work towards this end,” said Ms. Songwe.

♦ Receive daily updates directly in your inbox - Subscribe here to a topic.
♦ Download the UN News app for your iOS or Android devices.
Regional Commissions