We call for an end to the conflict in #Libya &amp; a respect for the rules of war.Civilians in Libya are #NotATarget. pic.twitter.com/t9FMQgeWe2

“Horrible night of random shelling of residential areas”, tweeted UN Special Representative Ghassan Salame on Wednesday, after the Abu Salim district was hit. “For the sake of 3 million civilians living in Greater Tripoli, these attacks should stop. NOW!”

Khalifa Haftar, leader of the self-styled Libyan National Army (LNA), which controls much of eastern and southern Libya, has waged a two-week military campaign to take Tripoli from fighters loyal to the UN-recognized Government.

According to initial medical reports, civilian casualties from the overnight attack, include women and children injured, and one family where the mother, daughter and grand-daughter were all killed.

“The use of indiscriminate, explosive weapons in civilian areas constitutes a war crime,” Mr. Salame, who also heads the UN Support Mission (UNSMIL), said in a statement. He extended “with great sadness”, his “deepest condolences” to the victim’s families and wished the injured a speedy recovery.

His statement pointed out that as of yesterday, there have been 54 confirmed civilian casualties, including 14 dead and 40 wounded, four of whom were health workers.

“Liability for such actions lies not only with the individuals who committed the indiscriminate attacks, but also potentially with those who ordered them”, stressed the Special Representative.

International humanitarian and human rights laws must be fully respected and all possible measures to protect civilians and civilian infrastructure must be taken, he added.

As sustained fighting continues in and around Tripoli, the UN Office for the Coordination of Humanitarian Affairs (OCHA) reported that displacement is currently at its highest level since the current crisis started. 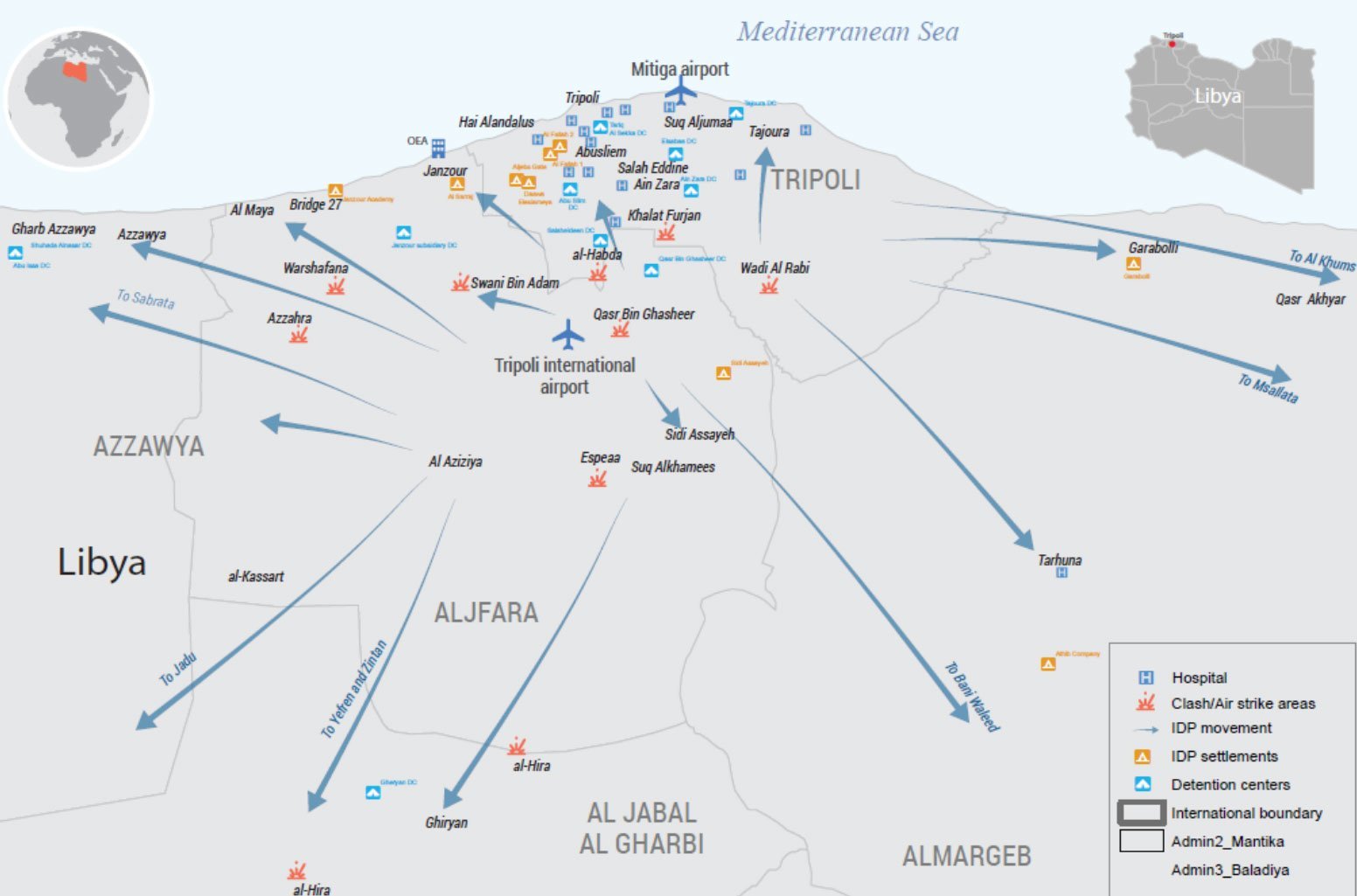 UNOCHA
UN Office for the Coordination of Humanitarian Affairs on Libya: Tripoli Clashes as of 16 April 2019.

With more than 4,500 people newly on the move, the total of number of internally displaced people (IDPs) stands at 25,000.

According to OCHA, many civilians trapped in conflict areas face the dilemma of not knowing whether to remain in their homes or leave and face the uncertainty of clashes and shelling. This is further exacerbated as food and other essential items in some neighborhoods are running low.

The UN’s humanitarian wing sets the current conflict against a backdrop of years of conflict that have driven a socio-economic crisis in Libya and left public services deficient and people vulnerable.

At least 820,000 people, including some 250,000 children, are currently in dire need of humanitarian assistance.

Meanwhile, OCHA has transferred defenseless migrants and refugees from Abusliem detention centre in the conflict area and says that the humanitarian community is maintaining efforts to ensure safe passage for civilians and medical supplies and services.

As of 16 April, OCHA reported apart from the 25,000 people internally displaced by ongoing hostilities, 6,000 have received some form of humanitarian assistance since the crisis began; and the 2019 Humanitarian Response Programme is facing a $190 million funding gap. 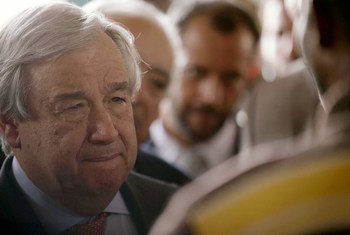 Speaking to reporters outside the Security Council in New York on Wednesday night, UN chief António Guterres said there was still time for a “bloody battle for Tripoli” to be avoided, despite the continuing fighting in and around the Libyan capital.