The outlook for global growth is at its lowest since the financial crisis, but expected to pick up in the second half of 2019, the International Monetary Fund reported on Tuesday, so long as “policy missteps that could harm economic activity” are avoided.

The IMF is forecasting a 3.3 per cent global expansion in 2019, and 3.6 per cent growth for the following year, according to the annual World Economic Outlook. The uptick in growth is expected to be fueled by monetary policy accommodations in major economies.

The organization also noted an improved outlook for United States-China trade tensions, and greater accommodations from the US Federal Reserve.

Expectations were different this time last year, when the IMF saw accelerated economic growth in almost all regions and predicted a 3.9 per cent expansion in 2019.

Gita Gopinath, Economic Counsellor and Director of the Research Department at the Fund said it was a “delicate moment” in terms of the global economy.

In a blog post, she noted that the softer outlook reflects negative revisions for several major economies, including Australia, Canada, the Eurozone, Latin America, the United States, and the United Kingdom.

Global growth in 2020 is projected to rebound, as stressed developing economies like Argentina and Turkey, improve. Beyond 2020, the IMF predicts strong growth, led by China and India.

The growth in advanced economies, however, is expected to slow as the impact of US fiscal stimulus fades.

COVID-19: Growth forecast at -3 per cent, as IMF offers debt relief to most vulnerable nations in Africa, Asia, Middle East and Caribbean 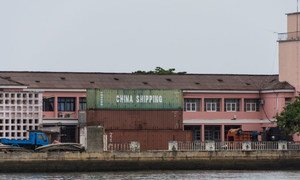 The tit-for-tat trade dispute between China and the United States may do little to protect domestic producers in either country and could have “massive” implications on the global economy unless it is resolved, United Nations experts said on Monday. 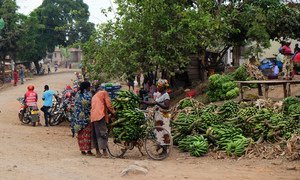 Global economic growth is exceeding expectations this year but heightened geopolitical tension and uncertainty over international trade could thwart progress, according to a new United Nations report.