New criminal laws in Brunei that impose the death penalty for same-sex relationships, adultery and childbirth out of marriage, “breach international human rights norms”, and should be suspended or repealed said the heads of two United Nations agencies on Thursday.

Underscoring that every person has the right to be “free from torture” and “cruel, inhumane or degrading treatment”, UNAIDS, the agency dedicated to tackling the virus, and the UN Population Fund (UNFPA), the sexual and reproductive health agency, warned the new penal code, which came into force in the south-east Asian monarchy on Wednesday, “will have a significant negative impact on overall health and well-being” there.

“These extreme and unjustified punishments will drive people underground and out of reach of life-saving HIV treatment and prevention services,” said Michel Sidibé, Executive Director of UNAIDS.

Every person, without any distinction on any grounds, has an equal right to live free from violence, persecution, discrimination and stigma of any kind – UNFPA chief

Mr. Sidibé “strongly” urged Brunei to “suspend or repeal the amendments to the Shariah Penal Code”, which are based on an extreme interpretation of Islamic law, offering UNAIDS’ support to “ensure that laws are grounded in human rights, based on evidence and protect the most vulnerable”.

“Every person, without any distinction on any grounds, has an equal right to live free from violence, persecution, discrimination and stigma of any kind”, stated UNFPA Executive Director Natalia Kanem.

The UN agencies cited evidence showing that criminalized communities are more vulnerable to violence, less likely to access necessary HIV and other health services, and less able to protect themselves against HIV infection.

Moreover, they pointed out that criminalizing minorities also works against reaching the Sustainable Development Goals (SDGs), designed and agreed by 193 Member States, to leave no-one behind.

“Human rights are universal”, reminded Ms. Kanem. “Cultural, religious and moral practices and beliefs, and social attitudes must not be invoked to justify human rights violations against any group regardless of gender or sexual orientation”.

Both UNAIDS and UNFPA expressed concern over increasing conservative and discriminatory policies in a number of countries that risk violence, stigma and discrimination against people on the basis of gender, gender identity and sexual orientation.

The noted that recent discussions with Governments in the Asia–Pacific region have highlighted the need to “put evidence-informed and human rights-based laws and policies in place”.

The UN agencies stressed the need to repeal criminal laws against consensual adult sex and decisions on reproduction, adding that health services, including sexual and reproductive health services, must be “accessible, affordable and acceptable”.

UNAIDS and UNFPA supported the calls of the UN High Commissioner for Human Rights and the open letter of the five UN Nations human rights mandate holders to “suspend the implementation of the revised penal code and urge all governments to protect the human rights of all people”.

The harsh laws include stoning for sodomy and adultery, limb amputation for theft and public flogging for abortion also criminalizes exposing Muslim children to any religion other than Islam.

High-profile celebrities such as George Clooney, Ellen DeGeneres and Elton John, have called for a boycott of Brunei-owned luxury hotels, including the Hotel Bel-Air in Los Angeles and the Dorchester in London. 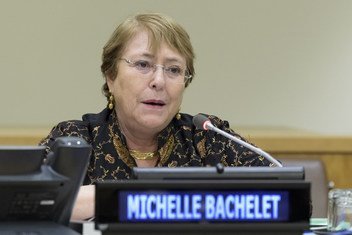 Proposed changes to Brunei’s penal code to incorporate punishments under a strict interpretation of Islamic law - including death by stoning - should be halted, the UN’s top human rights official, Michelle Bachelet, said on Monday. 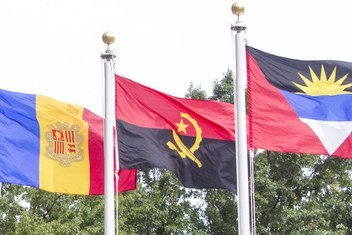