Apart from the average increase from 66.5 years, to 72 years overall, its findings also show that “healthy” life expectancy - the number of years individuals live in full health - increased from 58.5 years in 2000, to 63.3 years in 2016.
Differing attitudes to healthcare between men and women, help to account for the discrepancy in life expectancy between the sexes, the report suggests.

In countries with generalized HIV epidemics, for example, men “are less likely than women to take an HIV test, less likely to access antiretroviral therapy and more likely to die of AIDS-related illnesses than women”, the study finds.

The same principle applies for tuberculosis sufferers, with male patients less likely to seek care than women. The report also finds that of the 40 leading causes of death, 33 of them contribute more significantly to reduced life expectancy in men than in women.

In 2016, this corresponded with data indicating that the probability of a 30-year-old man dying from a non-communicable disease - such as heart conditions - before the age of 70, is 44 per cent higher, than for a woman of the same age.

Other findings demonstrated that global suicide rates were 75 per cent higher in men than in women, deaths from road injuries were more than twice as high in men than in women over the age of 15, and male mortality rates linked to homicide were four times higher.

UNICEF/UN0281069/Vishwanathan
An Auxiliary Nurse Midwife counsels a pregnant woman on institutional delivery while she examines her as part of Village Health and Nutrition Day in Shrawasti, India

Maternal deaths, contribute 'more than any other cause'

The study also indicates that the life expectancy gap is narrowest where women lack access to health services, with maternal deaths contributing “more than any other cause” to reducing female life expectancy, according to Dr. Samira Asma, WHO Assistant Director General for Data, Analytics and Delivery.

“There are shocking differences in the risk of maternal death between high-income and low-income countries,” she told journalists in Geneva, based on data indicating that one in 41 women dies from a maternal cause in a low-income country, compared with one in 3,300 in a high-income setting.

This finding also tallies with the report’s insistence that in almost all developing countries, there are fewer than four nurses and midwives per 1,000 people, and that life expectancy is strongly affected by income.

“These statistics underscore the need to prioritize primary health care urgently to effectively manage noncommunicable diseases, and to curb risk factors.” Dr Asma insisted. “For example, something as simple as controlling blood pressure is just not happening on the scale needed and tobacco use remains a leading cause of premature death.”

While WHO’s Global Health Statistics have been disaggregated by sex for the first time, the UN agency cautions that many countries are still struggling to provide gender disaggregated information which could help to better assess individual needs.

One of the trends confirmed in the report is an increase in non-communicable diseases in low and middle- income countries, linked to a rise in risk factors such as smoking, alcohol consumption and unhealthy diets.

The trend is particularly marked on the African continent where it is exacerbated by a lack of access to primary health care and medicine, WHO says. 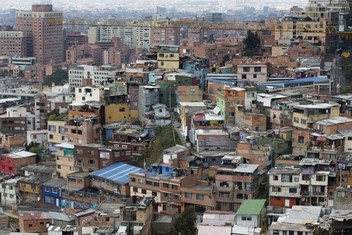 The United Nations is highlighting the important role that population trends play in promoting sustainable development, during the annual Commission on Population and Development, which began at UN Headquarters in New York on Monday. 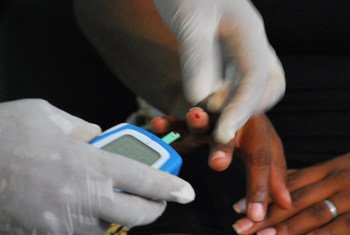