A majority of Security Council members on Wednesday stressed the importance of upholding international law regarding the occupied Golan , in the face of the unilateral move by the United States to recognize Israel’s sovereignty over them.

Israel took over the Golan region, on its northern border with Syria, following the 1967 war, and annexed the area in 1981, which the Security Council declared an illegal act.

The French deputy ambassador, Anne Guegen, told the meeting on Wednesday evening in New York that the European Union had affirmed earlier in the day that its Member States did not recognize Israel’s sovereignty, and that any efforts to override Council resolutions over the land, were “doomed to failure”.

It is critical that the parties at all times respect the Disengagement of Forces Agreement to maintain stability on the Golan - UN Peacekeeping chief, Jean Pierre Lacroix

However, the representative for the US, Rodney Hunter, assured the Council that the US decision on the Golan, would not impact the safety or deployment of the UN peacekeeping force deployed to the Golan, known as UNDOF, which monitors the ceasefire between Israel and Syria.

He said UNDOF “continues to have a vital role to play in preserving stability…most importantly by ensuring that the Area of Separation is a buffer zone free from any military presence or activities”. The diplomat noted that the Council should not accept any Syrian efforts to enter the separation zone.

UN Peacekeeping Operations chief, Jean Pierre Lacroix, told the meeting that the ceasefire monitored by UNDOF had held, despite numerous violations: “It is critical that the parties at all times respect the Disengagement of Forces Agreement to maintain stability on the Golan”, he said.

“The importance of the parties maintaining their liaison with UNDOF in the first instance cannot be over-emphasized”, he continued. “We count on Members of the Security Council to support efforts to sensitize both parties and regional stakeholders to the risks of escalation, and the need to preserve the long-standing ceasefire between Israel and Syria.”

The UN’s head of Political and Peacebuilding Affairs, Rosemary DiCarlo, reiterated the view of the Secretary-General António Guterres, expressed earlier this week, that “the status of the Golan has not changed” in the light of the US decision.

“We hope that the recent developments will not be used as an excuse by anyone to pursue actions that could undermine the relative stability of the situation on Golan and beyond”, said Ms. DiCarlo. “We will continue to closely monitor developments on the ground and will keep the Council informed, as appropriate.”

For further coverage, including statements made on behalf of Israel, Syria and others, please visit our full UN Meetings Coverage report, here. 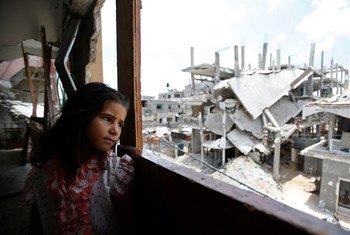 UN, Egypt help avert another Israel-Palestine war in Gaza that was ‘minutes away’, Security Council hears

Intense diplomatic efforts by the United Nations and Egypt have helped avoid another Israeli-Palestinian war in Gaza that appeared just “minutes away” over the past weekend, a senior UN official said on Tuesday. 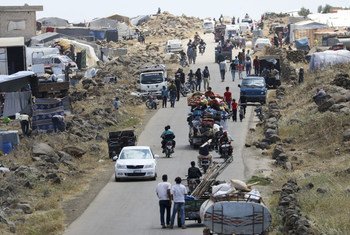