UNICEF/Maiga
UNICEF field staff meet with the local population in Bankass, central Mali, which was attacked on 23 March, leaving over 150 people dead, 2000 displaced and numerous huts and granaries burnt.

Mali’s authorities have been urged by the UN to provide justice for the victims and survivors of attacks by so-called self-defence groups, responsible for horrific intercommunal violence in central Mali, after a weekend assault that claimed the lives of more than 150 people, including some 50 children.

Last Saturday’s attack in Ogossagou in the Mopti region is just the latest in a series of raids since March 2018 that has resulted in the deaths of some 600 women, children and men, the UN Office of the High Commissioner for Human Rights (OHCHR) said on Tuesday.

“We are urging the Government to conduct prompt investigations with a view to justice and accountability, to break this circle of impunity,” said OHCHR spokesperson Ravina Shamdasani.

“We have deployed a team … with crime scene investigators as well as human rights officers, and they will be conducting interviews in the affected villages to try to establish what happened.” According to OHCHR, women, men and children from the Fulani community were deliberately targeted.

“These traditional disputes have always been there,” Ms. Shamdasani explained, often fuelled by disputes over access to land and water. “But lately it has taken on a particularly deadly turn because entire Fulani communities - and we are talking about millions of people - are being painted as violent extremists simply because they are Muslim.”

Survivors’ testimonies indicated that victims were thrown down wells and homes and warehouses were burned, destroying the livelihoods of the whole community.

#Mali authorities are urged by the UN to bring to justice self-defence groups responsible for horrific attacks on communities in central Mali, after a weekend assault claimed lives of 150+ people, including 50 children.@UNICEF and @UNHumanRights provide an update. pic.twitter.com/ogzcWd5YTe

Traditional hunters carried out the raid in the village, they said, apparently using automatic weapons, hunting rifles and other weapons, according to OHCHR. Although the Government has dissolved the Dan Nan Ambassagou militia, which is suspected of committing some of the atrocities, Ms. Shamdasani urged “prompt investigations” of alleged crimes committed by all groups.

Another attack was reported in the village of Welingara, three kilometres west of Ogossagou, that led to the death of one person. The UN Children’s Fund, UNICEF, also condemned the latest violence, noting that the injuries sustained by children were mostly gunshot-related, burns and fractures.

Spokesperson Christophe Boulierac also warned that many thousands of people have fled the increasing violence, with 56,400 internally displaced people in Mopti region at the end of 2018, compared with 2,000 in 2017.

“The first assessments speak for themselves: one-third of people killed are children, half of the injured people are children,” Mr. Boulierac said, in reference to Saturday’s attack. “The schools are increasingly threatened, so the threat against children is clear, and children are paying the highest price of this crisis in Mali.”

To assist the Malia, authorities, a team of 10 human rights officers, a child protection officer and two crime scene investigators from the United Nations Police (UNPOL) of the UN Mission in Mali (MINUSMA) have been deployed to Mopti to conduct a special investigation into Saturday’s attacks.

Some investigations have been conducted by the authorities, “but they largely fail to result in trials”, Ms. Shamdasani told journalists in Geneva.

Defence groups ‘taking law into their own hands’ on violent extremism

Mali “is struggling with fighting violent extremism”, Ms. Shamdasani said, noting that many communities were using this as a “pretext for intercommunal violence, or they are painting themselves as so-called self-defence groups and they are taking the law into their own hands and getting rid of what they perceive to be the threat of violent extremism”. 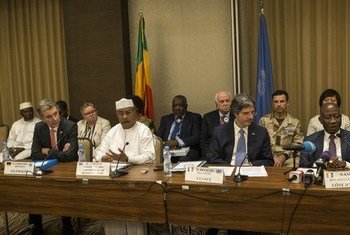 The United Nations has strongly condemned the armed attack on a village in restive central Mali which reportedly left at least 134 people dead and dozens wounded early on Saturday. 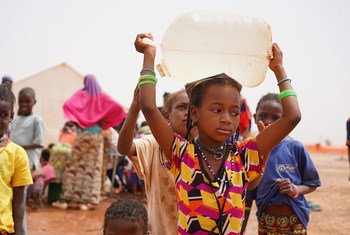