Maria Lourdes Afiuni, a jailed Venezuelan judge arrested ten years ago, has been slapped with a further five-year sentence, prompting a UN human rights expert to express his “grave concern”, describing the further punishment as an act of “reprisal against her”.

#Venezuela: UN expert expresses grave concern at further 5-year jail sentence handed down against Judge Maria Lourdes Afiuni, condemning it as another act of reprisal against her.

“It is deplorable that Judge Afiuni continues to be subjected to arbitrary detention, the UN Special Rapporteur on Independence of Judges and Lawyers, Diego García-Sayán, said on Tuesday.

In 2009, then-President Hugo Chavez demanded that she be imprisoned for 30 years for releasing businessman Eligio Cedeño on bail, who immediately fled the country.

Judge Afiuni had issued the ruling in accordance with a decision by the UN Working Group on Arbitrary Detention, which in 2010 declared her internment arbitrary.

Already the subject of various UN experts’ appeals, Judge Afiuni was held in prison for 14 months, where she was ill-treated and refused medical attention by the authorities.

During that period in prison, according to news reports, she suffered a serious deterioration in her health, including breast cysts, bladder problems and the removal of her uterus.

In 2011 she was granted house arrest for health reasons, and two years later was paroled on the condition that she stay in the country and not use social media.

According to news reports, four years later, while on probation, she claimed to have suffered torture and rape during her incarceration.

On 21 March, the court in Caracas sentenced the judge to five years imprisonment for corruption.

The expert stressed that the latest ruling underscored serious concerns over the independence of Venezuela’s judiciary, the impartiality of its judges and prosecutors along with the pressures they faced in handling politically sensitive cases. 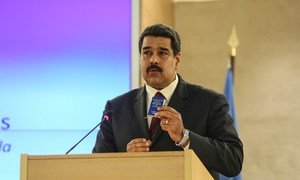 At a special meeting of the United Nations Human Rights Council, the UN High Commissioner for Human Rights stressed the need to promote and protect human rights in Venezuela and to defend even those who disagree with the State’s policies, while Venezuelan President Nicolás Maduro Moros vowed to continue employing truth to defend his country against “audacious accusations” and “imperialist attacks.” 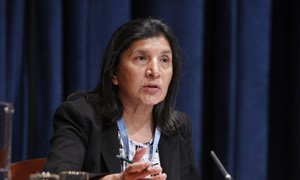 A group of United Nations experts today urged Venezuela to immediately release Judge María Lourdes Afiuni, who has been in detention for the past three years and was the victim of sexual violence and aggression during the time she was incarcerated.