UN Photo/Marco Dormino
UNMAS, MINUSMA Mark International Day for Mine Awareness. Robots have been deployed for mine clearance by military authorities in many countries, but concerns are rising over regulation of autonomous weapons which use Artificial Intelligence.

UN Secretary-General António Guterres urged artificial intelligence (AI) experts meeting in Geneva on Monday to push ahead with their work to restrict the development of lethal autonomous weapons systems, or LAWS, as they are also known.

In a message to the Group of Governmental Experts, the UN chief said that “machines with the power and discretion to take lives without human involvement are politically unacceptable, morally repugnant and should be prohibited by international law”.

No country or armed force is in favour of such “fully autonomous” weapon systems that can take human life, Mr Guterres insisted, before welcoming the panel’s statement last year that “human responsibility for decisions on the use of weapons systems must be retained, since accountability cannot be transferred to machines”.

Autonomous machines with the power and discretion to select targets and take lives without human involvement are politically unacceptable, morally repugnant and should be prohibited by international law. https://t.co/DhG1DqY8Rx

Although this 2018 announcement was an “important line in the sand” by the Group of Governmental Experts - which meets under the auspices of the Convention on Certain Conventional Weapons (CCW) – the UN chief noted in his statement that while some Member States believe new legislation is required, while others would prefer less stringent political measures and guidelines that could be agreed on.

Nonetheless, it is time for the panel “to deliver” on LAWS, the UN chief said, adding that “it is your task now to narrow these differences and find the most effective way forward…The world is watching, the clock is ticking and others are less sanguine. I hope you prove them wrong.”

The LAWS meeting is one of two planned for this year, which follow earlier Governmental Expert meetings in 2017 and 2018 at the UN in Geneva.

The Group’s agenda covers technical issues related to the use of lethal autonomous weapons systems, including the challenges the technology poses to international humanitarian law, as well as human interaction in the development, deployment and use of emerging tech in LAWS.

In addition to the Governmental Experts, participation is expected from a wide array of international organizations, civil society, academia, and industry.

The CCW’s full name is the 1980 Convention on Prohibitions or Restrictions on the Use of Certain Conventional Weapons Which May Be Deemed to Be Excessively Injurious or to Have Indiscriminate Effects,  entered into force on 2 December 1983.

The Convention currently has 125 States Parties. Its purpose is to prohibit or restrict the use of specific types of weapons that are considered to cause unnecessary or unjustifiable suffering to combatants or to affect civilians indiscriminately.

In previous comments on AI,  the Secretary-General likened the technology to “a new frontier” with “advances moving at warp speed”.

“Artificial Intelligence has the potential to accelerate progress towards a dignified life, in peace and prosperity, for all people,” he said at the AI for Good Global Summit in 2017, adding that there are also serious challenges and ethical issues which must be taken into account – including cybersecurity, human rights and privacy. 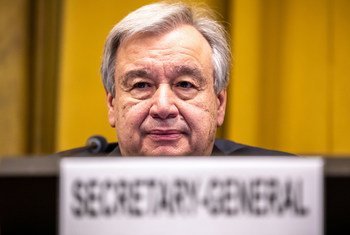 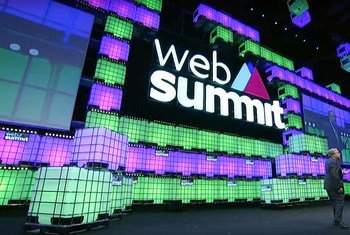