Amid a protracted crisis from a faltering economy, political instability and violent anti-Government demonstrations, a technical team of five OHCHR staff members are currently touring the country, which rights chief Michelle Bachelet, described as “a positive first step”.

She highlighted “dramatically” deteriorating “economic and social rights”, exacerbated by the recent electricity blackout and expressed concern about the “continued criminalization of peaceful protest and dissent”. 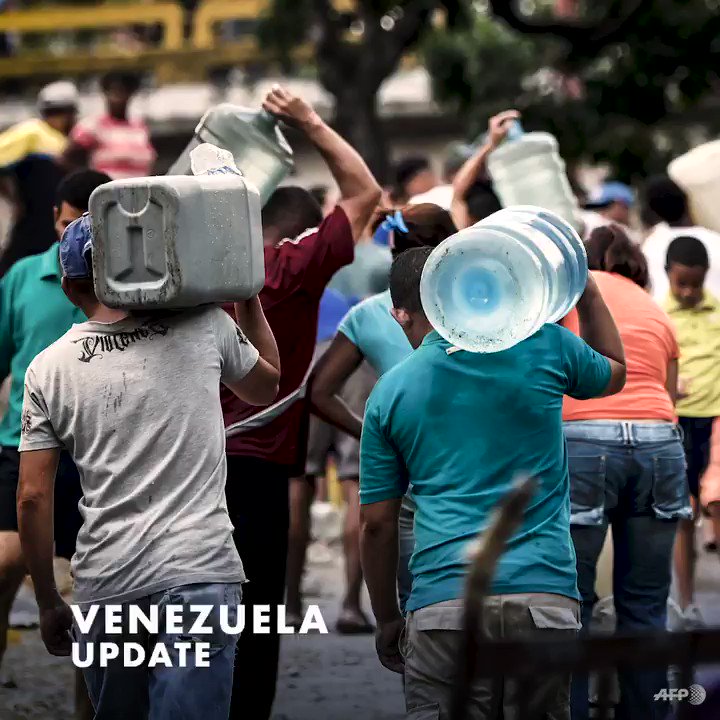 The UN rights chief cited reports of numerous violations and abuses by security forces and pro-Government armed groups, including the excessive use of force, killings, arbitrary detentions, torture, threats and intimidation.

She said her Office was continuing to investigate reports of “possible extrajudicial executions by security forces”, naming the Special Actions Force or FAES, as reportedly responsible for killing “at least 205 persons. A further 37 were reportedly killed in the course of January 2019 in Caracas”, she added.

“It appears that some of these killings have followed a similar pattern. They take place during illegal house raids carried out by the FAES, which subsequently reports the death as resulting from an armed confrontation – although witnesses report the victims were unarmed,” said Ms. Bachelet.

I am also concerned about increasing restrictions on freedom of expression and of the press in Venezuela,” she said, “and the allegations that the authorities have arbitrarily used the law against hatred, adopted in November 2017, to prosecute journalists, opposition leaders and anyone expressing dissenting opinions.”

Divisions are exacerbating an already critical situation” the rights chief said, arguing that there was “a need for common agreement on a political solution by all stakeholders, with actions to improve a wide range of urgent human rights issues. I call on the authorities to take steps to demonstrate their real commitment to addressing the many challenging issues reported across the country.”

Turning to Sri Lanka, Ms. Bachelet said that despite progress on some issues, “there has been minimal progress on accountability” including on setting up a special judicial mechanism to deal with the worst crimes committed during the 2009 conflict between the Government and the Liberation Tigers of Tamil Eelam in the north-east of the country.

“Continuing impunity risks fuelling communal or inter-ethnic violence, and instability”, she spelled out, calling for the establishment of an independent Truth and Reconciliation Commission and a vetting process to remove officers with questionable human rights records.

“This Council continues to have an essential role in accompanying the Government and people of Sri Lanka in their journey towards realizing the dignity, and rights of all members of society, irrespective of their sex, ethnic origin or belief”, she concluded.

A ‘glimmer of hope’ in Yemen’s ‘dire situation’

On Yemen, Ms. Bachelet noted that while the fragile ceasefire in Hudaydah presents “a glimmer of hope”, the situation across the rest of the country is “dire’.

More than 24 million people need aid, with 14.3 million in acute need, she told the Council. Moreover, basic resources have become “a luxury that few can afford”.

“Salaries of teachers, doctors, nurses and other public employees have gone unpaid for years” she stressed.

Meanwhile, “periodic airstrikes, shelling and landmines continue to kill and maim civilians” and children continue to be conscripted or enlisted into armed forces or groups, she added.

The UN rights chief expressed particular concern about a recent escalation of hostilities in Hajjah governorate, where preliminary reports indicate that 22 people were killed earlier this month and thousands of families displaced.

“All States, including those not involved in the armed conflict, have the obligation to take measures to ensure that parties to a conflict respect the Conventions”, she stated, calling “conditioning, limiting or refusing arms transfers” one such measure.

♦ Receive daily updates directly in your inbox - Subscribe here to a topic.
♦ Download the UN News app for your iOS or Android devices.
Venezuela|Yemen|Sri Lanka 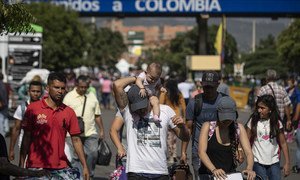 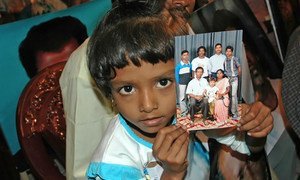