A United Nations appeals court on Wednesday increased the 40-year sentence initially imposed on Radovan Karadžić, former leader of the Republika Srpksa region of Bosnia and head of the Bosnian-Serb Army, to life imprisonment.

In 2016, the International Criminal Tribunal for the Former Yugoslavia (ICTY), found the 1990s wartime leader guilty of genocide and war crimes, including the planning of the notorious 1995 Srebrenica massacre, during which between 7,000 and 8,000 Bosnian Muslims were murdered. The aftermath was described at the time as resembling “scenes from Hell” by a Tribunal judge. Karadžić was also found responsible for the three-year long siege of Sarajevo, which led to the deaths of an estimated 10,000 civilians.

On Wednesday, the Appeals Chamber of the successor to the ICTY, the Hague Branch of the Mechanism for International Criminal Tribunals, largely upheld the 2016 verdict, as well as ensuring that Mr. Karadžić will serve life for his crimes.

The appeal was the third and final opportunity for the Bosnian-Serb, who contested the charges against him, to attempt to have his sentence overturned. The Appeals Chamber, however, found this the initial sentence was, in fact, too lenient and, in a statement, wrote that “the Trial Chamber committed a discernible error and abused its discretion in imposing a sentence of only 40 years of imprisonment.”

Responding to the appeal decision, Adama Dieng, UN Special Advisor on the Prevention of Genocide, said that the judgement confirmed that accountability, rather than impunity, but he warned that such court decisions cannot bring genuine reconciliation to divided communities.

“Real change in society,” he said, “can only come from self-reflection, acceptance, consistent and collective effort to move forward. It takes hard work and perseverance. It also takes sustained commitment to reconciliation, trust-building and constructive and meaningful dialogue by political and social leaders and citizens.”

On a visit to Srebrenica in 2018, Mr. Dieng expressed his concern at ongoing attempts to glorify war crimes, and minimise their gravity, giving the example of a student dormitory at the University of East Sarajevo, which was named after Karadzic. He added that “Mr. Karadzic is not a hero, he is a criminal. The true heroes are the survivors and witnesses of the crimes committed by him. They have displayed immense courage by coming to the courts to testify and never gave up hope that they would see justice.”

♦ Receive daily updates directly in your inbox - Subscribe here to a topic.
♦ Download the UN News app for your iOS or Android devices.
Radovan Karadžić|ICTY 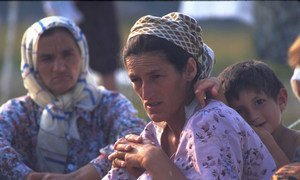 The Republika Srpska National Assembly in Bosnia and Herzegovina drew concern from the top United Nations expert on the Prevention of Genocide on Thursday, over its decision this week to revoke its endorsement of the 2004 Srebrenica Commission Report acknowledging genocide during the Bosnian war of the 1990s. 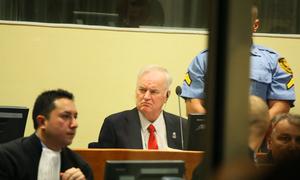 Welcoming today’s conviction of former Bosnian Serb army commander Ratko Mladic on multiple counts of genocide, crimes against humanity and war crimes by an international tribunal, the United Nations top human rights official said that the verdict is “a warning” to perpetrators of such crimes that they will be brought to justice.