Special Representative and head of the UN Support Mission in Libya (UNSMIL) Ghassan Salamé, told Council members via videoconference from Tripoli, that the mission was working to both “prevent recent developments and tensions on the ground from escalating”, and “pivot to stability and a political compact” which would end the country’s crisis.

For most of the period since the 2011 overthrow of former dictator Muammar Gaddafi, the Mediterranean nation has been contested by various armed factions, leading to a breakdown of the economy, infrastructure and security across the country.

Mr. Salamé has been working to ease relations between the internationally recognized government of Prime Minister Faiez Serraj based in Tripoli, and the main rival authority led by the Libyan National Army (LNA) Commander, Khalifa Haftar in the east.

But efforts by the LNA to bring more stability and security to southern and western Libya in recent months, had been met with armed opposition in some areas, and in the east, fighting around Derna had resulted in reported human rights abuses, and “many civilian casualties”, Mr. Salame said.

Turning to the humanitarian situation, the Special Representative said that Libya’s infrastructure was deteriorating “at an alarming rate” with basic services eroding with water production “particularly fragile”.

Noting that some 823,000 people, including migrants and 248,000 children, need humanitarian assistance, he stated that a $202 million Humanitarian Response Plan for 2019 was launched on 5 February, to provide health, protection, water, and shelter to more than half a million of the most vulnerable people in Libya.

UNSMIL has supported two rounds of preparatory talks in its Tunis office between the advisors of Prime Minister Serraj and General Haftar, continuing a process that started in September 2017.

At the end of last month, in a meeting arranged by Mr. Salamé in Abu Dhabi, both agreed to work towards holding a general election as a precursor to a unified democratic Libya, with civilian control of the military; a move welcomed by the UN Secretary-General. The parties also agreed to unify Libya’s long-divided institutions and to schedule national elections before year-end.

“What is new is the sincerity to turn these words into the end of the transitional period through elections” observed the UNSMIL chief.

Meanwhile after many months, the UN opened a hub in Benghazi “to better deliver across the east of the country” he said, adding that for the first time since 2013, UN programmes have begun operating in Sabha and discussions are underway for a hub there to support operations in the south.

A National Conference to be convened inside Libya from 14-16 April, “represents a critical opportunity” to end the eight-year transitional period, Mr. Salamé told Council members.

“There is much at stake”, he spelled out, citing the risks of “prolonged stalemate or conflict”.

The Special Representative argued that the Conference offers a real opportunity “to step back from the edge of this precipice” and for all parties “to put aside their differences for the good of the country, to unite, to avoid war and to choose a path of peace and prosperity”.

Moreover, it will decide whether to endorse the National Charter, which came from a consultative process; to chart a roadmap for concluding the transitional period; and to provide recommendations on how to deal with the Draft Constitution produced by the Constitutional Drafting Assembly.

Pointing to “a notable uptick in the weaponization of media platforms as tools of incitement”, he called on everyone to “refrain from the use of inflammatory and alienating rhetoric” and to “avoid acts of obstruction and incitement”.

“I also call on all in the international community to put the interests of the Libyan people first, and to act committedly and sincerely to pressure all parties to avoid conflict and conclude a peaceful formula to end the transitional period in Libya, for the sake of all”, concluded the Special Representative.

♦ Receive daily updates directly in your inbox - Subscribe here to a topic.
♦ Download the UN News app for your iOS or Android devices.
libya|UNSMIL|security council 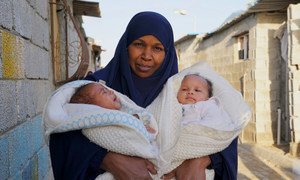