The destruction unleashed by Cyclone Idai on Mozambique, Malawi and Zimbabwe, continues to claim lives and displace thousands, in what the UN’s top disaster risk reduction official called on Monday “the worst extreme weather event to occur so far this year”.

“Cyclone Idai underlines that no matter how effective early warnings are, there is still a huge demand for greater investment in resilient infrastructure in many parts of the world if we are to break the cycle of disaster-response-recovery”, UN Special Representative for Disaster Risk Reduction (UNISDR) Mami Mizutori said, extending her condolences to the peoples and Governments of the three affected countries.

According to news reports, Mozambique’s Beira has been battered severely, including more than 1,500 people injured by falling trees and debris. While the road to the city has been badly damaged, Beira is once again reachable by air. “It is still too early to know the full extent of the disaster unfolding in the port city of Beira in Mozambique where 500,000 people bore the brunt of the storm but the human impact and trauma inflicted on the population must be very significant given the scale of the damage being reported by the Government disaster management agency, UN agencies, the Red Cross and the media”, Ms. Mizutori continued.

She said the severe damage to schools, hospitals, health facilities and other key infrastructure was particularly distressing “as this will have consequences not just for the emergency response phase but for the long-term efforts of these countries to eradicate poverty and hunger”.

“Cyclone Idai is a clear demonstration of the exposure and vulnerability of many low-lying cities and towns to sea-level rise as the impact of climate change continues to influence and disrupt normal weather patterns”, spelled out Ms. Mizutori.

Figures released at midday on Monday in New York, by UN humanitarian agencies, reported that at least 48 had died across the city. In Malawi, more than 183,000 have been affected, while 9,600 have been impacted due to flooding and landslides.

On the disaster in Papua, Indonesia, heavy rains there since 16 March, have resulted in at least 79 deaths, with dozens missing or injured, said UN Spokesperson, Stéphane Dujarric.

♦ Receive daily updates directly in your inbox - Subscribe here to a topic.
♦ Download the UN News app for your iOS or Android devices.
Cyclone Idai|mozambique|Malawi 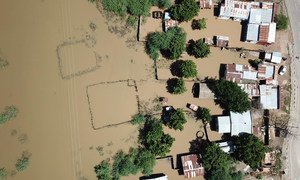 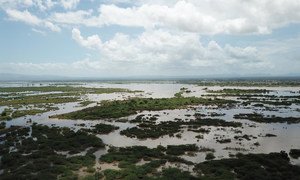